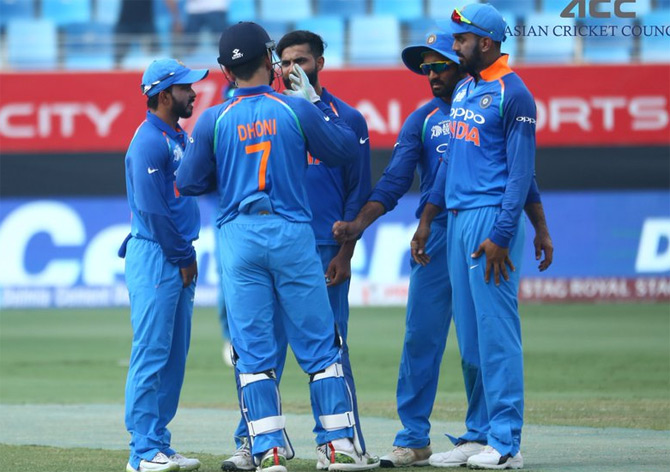 Afg 228-7 (45 ovs) vs India | Scorecard
Jadeja makes the breakthrough with the wicket of Zadran, who attempts the reverse but misses and hit on the pads to be ruled out leg before wicket.
He takes the review but the impact is in line and the ball is going on to hit the stumps which means the decision stays.
Jadeja bags his third wicket as Zadran is dismissed leg before wicket for 20.
He nearly claims another wicket two balls as Rashid Khan is beaten all ends up by one which turns quite a bit. Rashid tries to cut the next ball but misses again before he strokes the fifth ball through the covers for two runs to get off the mark.
Jadeja among the wickets again as he finishes with three for 46 in 10 overs.
« Back to LIVE