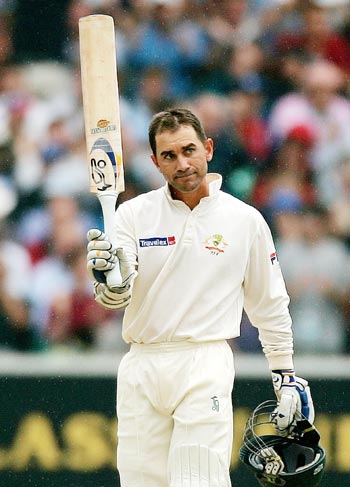 Justin Langer became the highest scoring Australian in first-class cricket on Thursday when he overtook the great Don Bradman.

The gritty left-hander passed Bradman's record of 28,067 runs during an innings of 107 for English county Somerset against Worcestershire at New Road.

"I am very proud," Langer was quoted as saying.

"Bradman is in a league of his own but to achieve this is very special. It means I have been around a long while, but as John Buchanan always said, you only judge champions on longevity and not on flash-in-the-pan brilliance."

The 38-year-old Langer retired from international cricket after helping Australia crush England 5-0 in the 2006-07 Ashes series.

He made 7,696 runs in 105 tests, averaging 45.27 and making 23 centuries, and formed a prolific opening partnership with Matthew Hayden.

"It is very fitting that a man of Justin's calibre takes this honour because when you break a record of one of the greatest individuals, that being Sir Donald Bradman, it has to be by a person of quality," Hayden told Australian Associated Press.

© Copyright 2021 Reuters Limited. All rights reserved. Republication or redistribution of Reuters content, including by framing or similar means, is expressly prohibited without the prior written consent of Reuters. Reuters shall not be liable for any errors or delays in the content, or for any actions taken in reliance thereon.
Related News: Justin Langer, Australian Associated Press, Matthew Hayden, John Buchanan, Worcestershire
COMMENT
Print this article