England stayed afloat in the ICC World Twenty20 tournament after humbling Pakistan by 48 runs in their must-win Group B match at the Oval in London on Sunday.

Going into the match, England's chances of making the super-eight stage hung by a thread following the humiliating defeat to the Netherlands in their opening match on Friday. But, facing early elimination from the home event, their top-order responded magnificently as they posted a challenging 185 for 5 after being sent in to bat.

Kevin Pietersen made a timely return to the side and scored a masterly 58. He was well-supported by man of the match Luke Wright (34) and Owais Shah (33).

England then restricted Pakistan to 137 for 7 in their 20 overs.

Though skipper Younus Khan held one end up with a defiant unbeaten 46, Pakistan failed to recover from a top-order collapse.

Stuart Broad (3 for 17) caused the early damage by dismissing Kamran Akmal (6) and Salman Butt (28) with consecutive deliveries in the sixth over after Dimitri Mascarenhas had got rid off Ahmad Shahzad (4).

Younus and Shoaib Malik (20) offered resistance and revived the innings with a 46-run partnership, but the required run-rate soared over 12 runs per over.

And once Malik was caught behind off Wright, Younus was left stranded as his teammates came and departed in a hurry.

Earlier, Pietersen and Wright shared a 53-run stand for the second wicket to set the tone for England's innings with a 16-ball 34.

Pietersen also added 66 for the third wicket with Owais Shah (33) after Pakistan put England in to bat.

At one stage the hosts were heading towards a 200-plus score but Saeed Ajmal's double strike the 17th over pegged them back.

Except for opener Ravi Bopara (5), all the England batsmen made good contributions.

For Pakistan, Umar Gul (2-37) and Ajmal (2-23) did well but could not prevent England from putting up an imposing total.

Pakistan's buttered-fingered fielders only helped England's cause as they dropped catches, missed run-out opportunities and gave away some easy runs.

The 17-year-old Mohammed Aamer began well for his side by picking the wicket of the dangerous Bopara in the second ball of his first over.

Bopara slashed one hard on the off-side and an airborne Shoaib Malik took a superb catch at backward point.

Wright was tested by the young paceman but the Briton responded with stunning hits in his next over. He first lofted him for a four, then pulled him for a mid-wicket six and followed it with a four in the third man region.

Wright was in murderous mood as he hit Yasir Arafat for consecutive fours and then Pietersen closed the over with a massive six over the sightscreen.

Gul ended Pakistan's agony by getting rid of Wright, cleaning him up with a yorker. But by that time Wright had done his job, adding 53 quick runs for the second wicket with Pietersen.

The wicket coupled with tight bowling by Shahid Afridi checked the run flow as England reached 90 without any further loss at the half-way mark.

Pietersen and Owais Shah (33) batted intelligently and steadily took their side towards a huge total.

They ran hard between the wickets and did not miss any opportunity to score a boundary or six.

Gul yet again rescued his team, this time castling Shah, who tried to smash the paceman out of the ground.

Pietersen continued his splendid batting in the company of Collingwood until Ajmal came to bowl towards end.

Dimitri Mascarenhas (16) and James Foster (14) then chipped in with useful contributions towards the end. 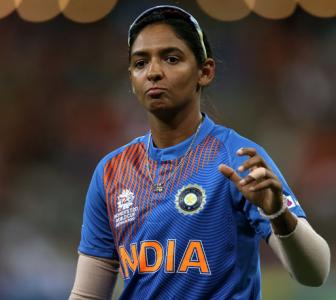