Batting time will be key to New Zealand levelling their Test series against India on a McLean Park pitch that is likely to produce plenty of runs when the second Test begins in Napier on Thursday.

New Zealand were thrashed by 10 wickets within four days in the first Test in Hamilton and must at least secure a draw to stop the tourists from claiming their first series win in New Zealand since 1968, before next week's final Test in Wellington.

"The longevity of the Test match game is what's catching us out," New Zealand captain Daniel Vettori told reporters in Napier. "We do things well for maybe a session or two but we're not doing it well enough for four or five.

"That's what the good teams do.

"India played so well in that first Test, they seemed to win every key moment."

Vettori said he and coach Andy Moles are "leaning" towards including off-spinner Jeetan Patel to partner him in a twin-spin attack with an out-of-form Kyle Mills the most likely to drop out of the playing eleven.

The wicket at Napier is not likely to have any substantial grass on it after a late decision was made by groundsman Phil Stoyanoff to move it to another part of the wicket block.

He had originally hoped to re-seed the same wicket used in the second Test against West Indies last December.

"I top-dressed it but I didn't quite get the grass growth I wanted so I moved the track over to the right hand side," Stoyanoff told reporters.

"It's had a lot of rolling and it's really, really hard."

Stoyanoff said the wicket would offer the seamers some early assistance then flatten out to a "belter", which could play into the Indians' hands if New Zealand do not bowl well.

New Zealand batsman Daniel Flynn is to undergo a late fitness test after being struck in the hand during the first Test, with Jamie How joining the team in Napier and likely to slot in if Flynn is ruled out before the toss.

India arrived in Napier on Wednesday from Auckland and had just the one practice session.

"We've had one good hard [practice] session and we are ready for the game," captain Mahendra Singh Dhoni said.

"We have achieved the first milestone, now it's important to play the same kind of cricket in the second and third game."

Dhoni said his side would retain the same team that won so convincingly at Seddon Park.

© Copyright 2020 Reuters Limited. All rights reserved. Republication or redistribution of Reuters content, including by framing or similar means, is expressly prohibited without the prior written consent of Reuters. Reuters shall not be liable for any errors or delays in the content, or for any actions taken in reliance thereon.
SHARE THIS STORYCOMMENT
Print this article

Left out of Aus tour, will Rohit return for Mumbai? 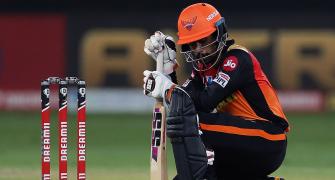 Sunrisers to wait and watch on Saha's injury 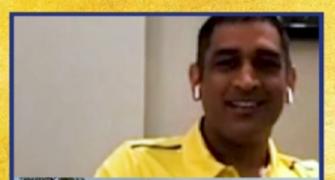 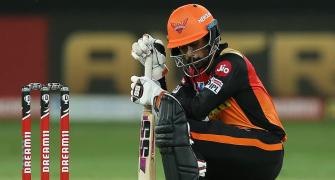 'Superman' Saha reminds his worth ahead of Aus tour 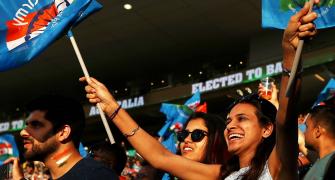