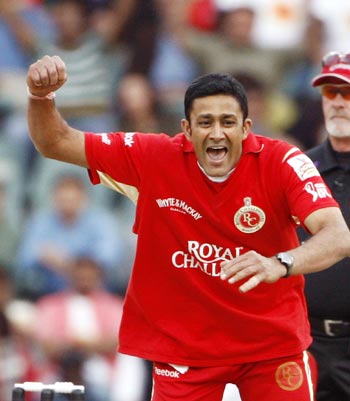 Veteran Anil Kumble showed the fire in him was still burning as he rallied Royal Challengers from a disastrous start to a runners-up finish in the second season of the IPL.

The ace leg spinner was instrumental in the team's revival while veterans Rahul Dravid and Jacques Kallis also made notable contributions as it finished behind Deccan Chargers.

Where straight drive is a way of life:Rahul Dravid