After suffering an eight-wicket defeat at the hands of Cape Cobras, Victorian Bushrangers captain Cameron White on Saturday admitted their batting order failed to shrug off the hangover of two quick dismissals in very first over of the match. 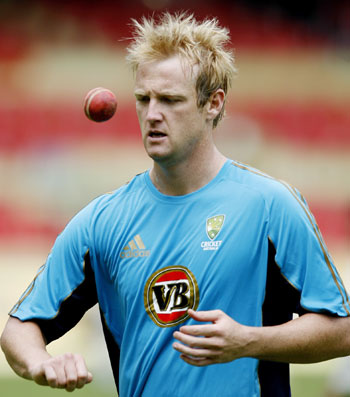 Paceman Monde Zondeki inflicted early blows to Victoria by dismissing openers Brad Hodge and Rob Quiney in the very  first over as Cobras restricted them to 125 for five in the quarterfinal League B match, which was made 17-a-side affair after a bomb scare delayed the start.

"We wanted to score around 140 to 150 runs on a pretty good wicket, but our total was not enough at the end of the day. We lost two quick wickets at the beginning of the game which proved costly," White said after the match.

Meanwhile, his Cobras counterpart Andrew Puttick made special mention of Henry Davids, who scored 69 off 54 balls, and pacer Zondeki.

"Zondeki gave us the perfect start and we made our intention clear at the very beginning of the game. Then (Derek) Brand played well and Davids finished the task," Puttick said.

"Our semifinal spot is not certain yet and we want to win the next match against Delhi (Daredevils). We are  mproving with every game and would keep the momentum going," Puttick said.