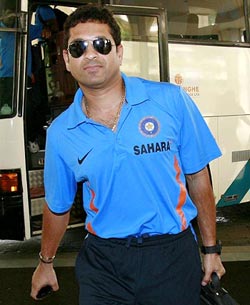 Indian batting legend Sachin Tendulkar will add another feather to his hat. The master batsman is set to become the first cricketer to work with the Indian Air Force.

The Air Force has forwarded the necessary documents for formalities to the Defence Ministry. But the Prime Minister's Office and the President will have to give their consent before any official announcement is made.