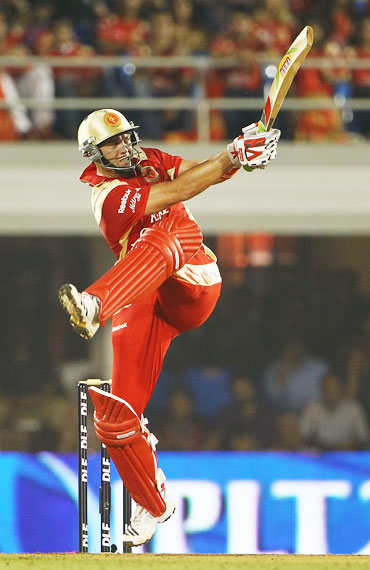 Jacques Kallis continued his superb run of form with another spectacular innings against Mumbai Indians on Saturday, helping the Royal Challengers Bangalore to a comprehensive seven-wicket win in the process.

He was awarded the man-of-the-match for his efforts.

The South African allrounder's 55-ball 66 was his third half century in this edition, and his seventh IPL fifty overall.

The calculated innings was inclusive of nine hits to the fence.

Kallis was involved in a crucial 85-run partnership for the first wicket with Manish Pandey (40) which laid the foundation of the innings.

It was the second highest opening wicket stand for the team from Bangalore, just behind the 93-run stand they shared in the previous game against Rajasthan Royals.

The 34-year-old is yet to be dismissed in four matches in the tournament.

Kallis also continues to be owner of the coveted Orange Cap - given to the tournament's top scorer - with an aggregate of 264 runs in four matches.