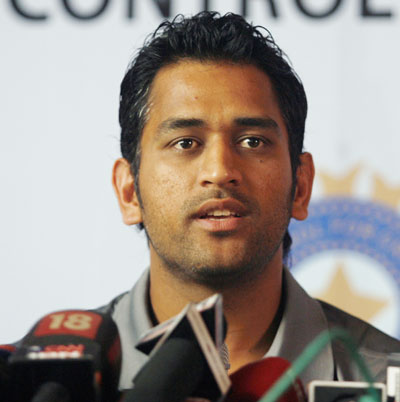 Confident side under the assured leadership of Mahendra Singh Dhoni. The team are experienced and an average age of 25 means vastly improved fielding with the Indian Premier League helping players to learn to keep their cool under pressure.

Fatigue after a long season could have left the players jaded. Strike bowler Zaheer Khan is recovering from a shoulder injury while the subdued displays of openers Virender Sehwag and Gautam Gambhir during the IPL are a concern.

Yuvraj Singh is an explosive left-handed batsman who hit England paceman Stuart Broad for six sixes in one over during India's surprise triumph in the inaugural edition in South Africa two years ago. Now more mature and in excellent batting form, his slow left-arm spin and sharp fielding at point will boost the team. 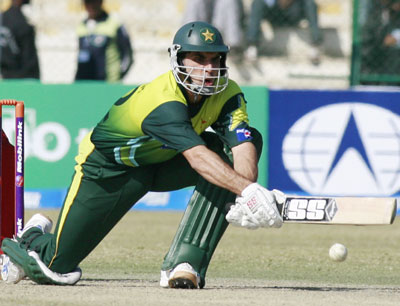 Skipper Younis Khan needs to do little to motivate a team hungry for success after being starved of international games due to security concerns at home. The 2007 finalists know success will go a long way to revitalise Pakistan cricket and if the batsmen play to their potential, their bowlers led by Sohail Tanvir and Shahid Afridi can come into play.

Players missed out on useful practice in the Indian Premier League (IPL) due to political tension between Pakistan and India following the Mumbai attacks last November. The team are also notoriously inconsistent, exiting the last 50-overs World Cup in the first round.

Afridi, whose all-out aggression seemed to have anticipated the demands of Twenty20 cricket, is a vital component. Although unpredictable and without a half-century in 16 Twenty20 internationals, he can be explosive with the bat. His good recent form with his fast leg-spin and sharp fielding will be crucial. 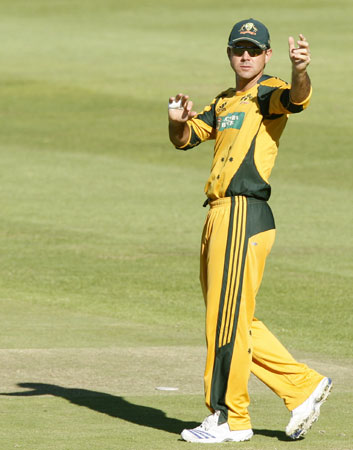 Australia are ranked number one in the world in test cricket, have won the last three World Cups and are the holders of the Champions Trophy. They are one of the few cricketing countries to make money from the sport and they boast a seemingly endless production line of top-quality players.

Among the last of the major cricket countries to embrace Twenty20 and have been reluctant to treat it any more seriously than a money-making novelty event. Test cricket remains the priority.

David Warner is the only specialist Twenty20 player in the squad. An explosive left-handed opener, he blasted 89 from 43 balls in his Twenty20 debut against South Africa in January. 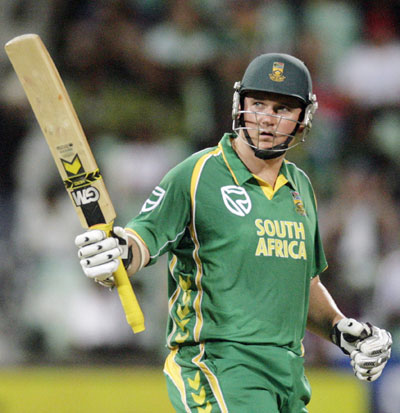 Boast a strong and deep batting lineup. Batsmen of the calibre of Graeme Smith and the in-form JP Duminy and AB de Villiers are all skilled Twenty20 cricketers while all-rounder Albie Morkel is one of world cricket's most fearsome hitters.

Will be concerned about their lack of suitable bowlers in the final overs. Fast bowler Dale Steyn will provide plenty for the opposition to think about from one end but South Africa's choices are limited at the other.

Proteas' captain and opening batsman Smith plays a vital role. He leads from the front and if he can get his team off to good starts, and shrug off the effects of a tennis elbow injury, South Africa will be confident of a successful tournament. 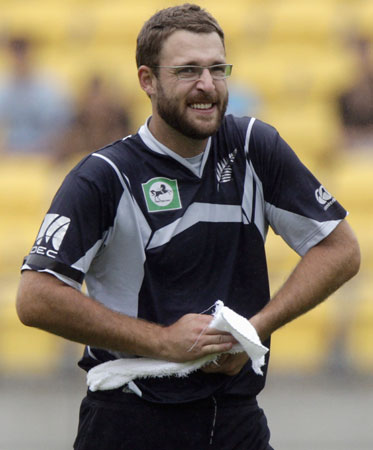 New Zealand habitually punch above their weight in limited-overs cricket, scrapping tenaciously and fielding enthusiastically. Brendon McCullum, one of the most destructive batsmen in world cricket, is ably supported by Jesse Ryder, Ross Taylor and Jacob Oram.

Captain Daniel Vettori is the best finger spinner around, relying in one-day cricket on variations of flight and pace.

Spin can turn things for them 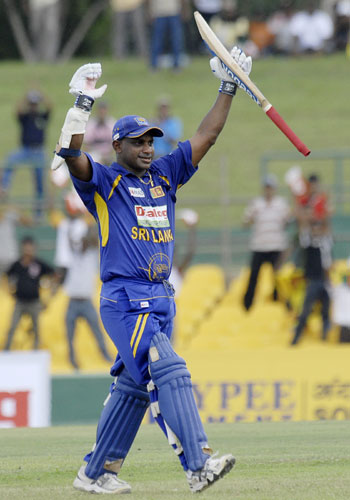 Experience and explosive power in a batting lineup of Sanath Jayasuriya, Mahela Jayawardene, captain Kumar Sangakkara and Tillakaratne Dilshan. Sri Lanka have always played as a unit and spinners Muttiah Muralitharan and Ajantha Mendis will be a handful.

Pace bowling backup for Lasith Malinga, who took 18 wickets for the Mumbai Indians in the Indian Premier League (IPL).

Captain Sangakkara, one of the best attacking batsmen in the world and an accomplished wicketkeeper. In form after amassing 332 runs in 13 innings for the King XI Punjab team in the IPL.

Should capitalize on home advantage 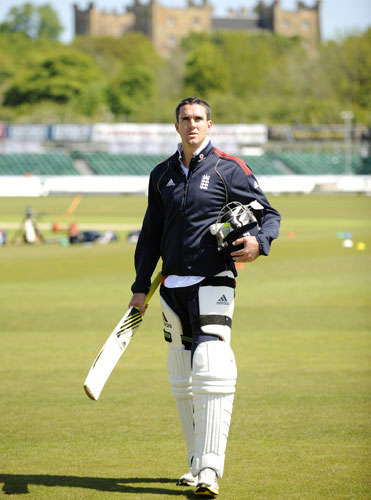 England have made a fine start to their packed summer with clean sweeps of the test and one-day series against an admittedly uninterested West Indies side. Ravi Bopara has been in prime form with the bat after a successful stint in the Indian Premier League (IPL).

Have fallen off the pace in one-day cricket in the past decade and have still to win a major tournament. Look short of firepower in the batting.

Kevin Pietersen was an expensive failure in the IPL and missed the one-dayers against West Indies through injury. He still remains the batsman the opposition fear most with his power, range of strokes and ability to improvise. 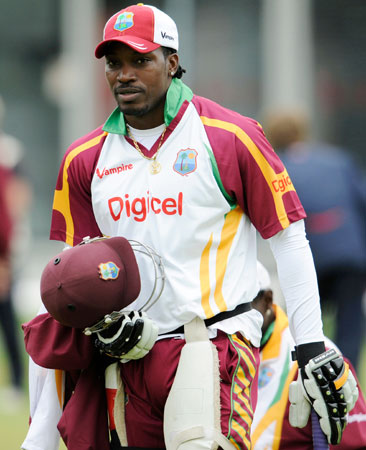 A match for any team when fit and fully focused, as they showed in their demolition of England in the Stanford Twenty20 match last year. Captain and opener Chris Gayle can win a game on his own.

After regaining the Wisden trophy against England in the Caribbean this year, succumbed supinely in the return test and one-day series.

Dwayne Bravo, who missed the test series in England because of a lingering ankle injury, is a free-scoring batsman, more than useful medium-fast bowler and dynamic fielder. 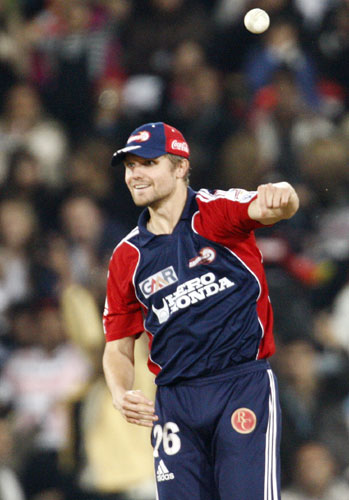 Nannes has genuine pace and the advantage of bowling left arm.

An opportunity to prove talent 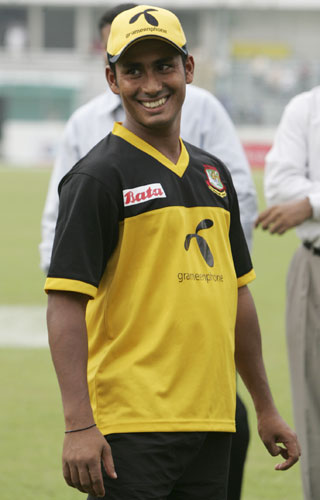 Bangladesh have struggled to find their feet in international cricket. Inconsistent players lose confidence in their abilities when put under pressure.

Shakib Al Hasan is a fine all-rounder, taking seven for 36 in a Test innings against New Zealand last year and scoring 108 in a one-dayer against Pakistan in Multan. 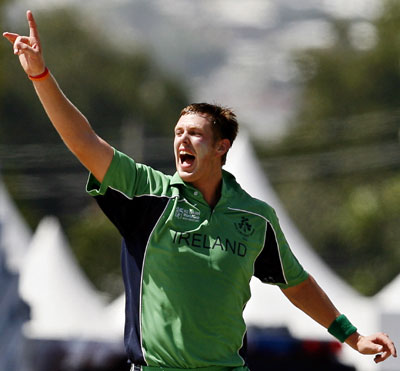 Best of the minor nations in the tournament with two players on full-time contracts. Cricket in Ireland received a huge boost when their team knocked Pakistan out of the 2007 50-overs World Cup on St Patrick's Day.

Captain and opener William Porterfield who has been entrusted with anchoring the innings. 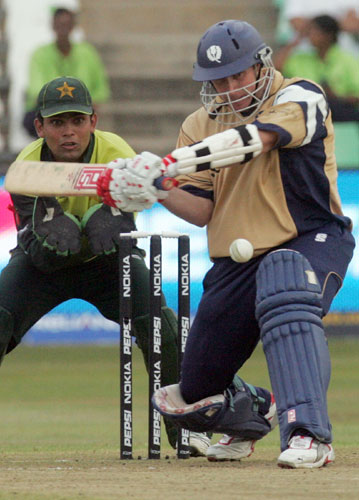 An ageing team of club cricketers going through a transitional period after performing creditably at the 2007 50-overs World Cup.

Age factor, lack of experience at the highest level.

Captain Gavin Hamilton played Test cricket for England but he is now very much a part-time player and no longer bowls.