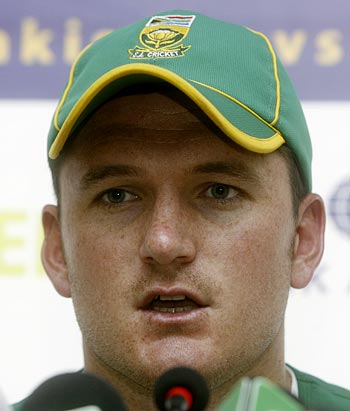 South Africa and Sri Lanka are set to play two frontline spinners apiece on what promises to be a turning wicket at Centurion Park for their Champions Trophy opener on Tuesday.

"In the last year-and-a-half, Johan Botha has become one of the best one-day bowlers in the game and he's an integral part of our team. He and Roelof make a good combination," South Africa captain Graeme Smith told a news conference on Monday.

'Murali has troubled a lot of teams' 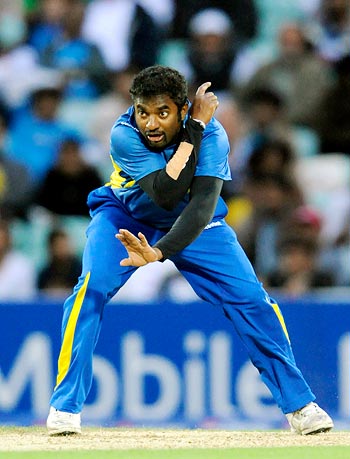 "Murali has troubled a lot of teams and he has an incredible record, but it will be interesting to see how Sri Lanka fit both him and Mendis into their combination," Smith said.

"But our record speaks for itself on how we have played spin around the world in the last few years and we have some good ideas about Mendis. Other teams have been very aggressive against him and that seems like a good tactic."

'We also have good fast bowlers' 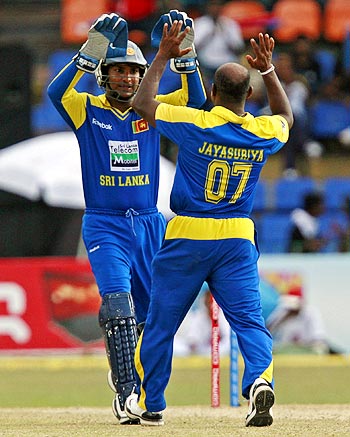 Sri Lanka captain Kumar Sangakkara said his side had a potent bowling attack that did not rely solely on spin to create problems for batsmen.

"We have two of the best spinners in the game, one of them the best ever (Muralitharan), but we also have good fast bowlers, who are regularly bowling over 140km per hour, and all-rounders.

"The batsmen are on form, the bowlers are all firing well, so we just need to produce some match-winning performances," Sangakkara said. 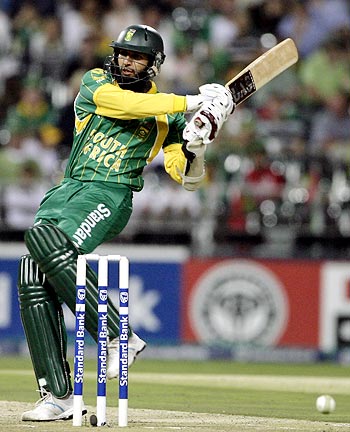 Hashim Amla is set to replace injured South African opener Herschelle Gibbs, who strained a rib muscle trying to avoid a straight drive by Smith in a warm-up match against West Indies on Friday.

The Champions Trophy features the world's top eight teams, split into two groups of four. The top two in each group progress to the semi-finals. The final is at Centurion on October 5.