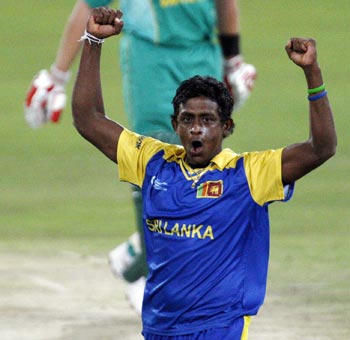 Tillakeratne Dilshan and Ajantha Mendis led Sri Lanka to a 55-run win over hosts South Africa as the opening match of the Champions Trophy was decided by the Duckworth-Lewis scoring method on Tuesday.

The 24-year-old Mendis was playing against South Africa for the first time and frequently bamboozled the opposition batsmen in the Group B match.

Mendis claimed three crucial wickets to help his team and captain Kumar Sangakkara said the right-arm spinner was one of the few bowlers which batsmen can never get enough of.

"One good thing about Ajantha is that even if you see him on and off in a couple of games but still it is a big challenge playing him," Sangakkara said.

The Lankan skipper believes his side has match-winners in Ajantha, Muttiah Muralitharan and Lasith Malinga, whom he considers not a mystery but a little orthodox.

"Especially with him (Ajantha) and with Murali and Lasith in our side, there is a lot of unorthodox, mystery not as much, but unorthodox match-winners. So we have our bowling attack in place as long as we can back that up with good fielding and minimise extras," he said.

'We didn't hit our channels' 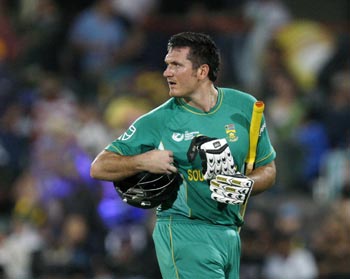 Chasing a daunting total, South Africa lost opener Hasim Amla (2) in the third over when he dragged Angelo Mathews onto his stumps but Graeme Smith (58) and Kallis (41) made sure that they don't lose any more wicket.

After a few silent overs, the duo stepped on the gas and sent the bowlers for a leather hunt as South Africa surpassed the 50 mark in 9.2 overs.

Smith looked more dangerous and in the 10th over he hit Nuwan Kulasekara for two fours and a six on way to his 39th ODI fifty in 40 balls in the 14th over.

Smith raced to 58 off 44 balls before being bowled by Mendis's first delivery which zipped back into the left-hander and went through his 'gate'.

"We were very tentative with the ball, especially in the first 20 overs when we didn't execute our basics. We didn't hit our channels," admitted Smith later. 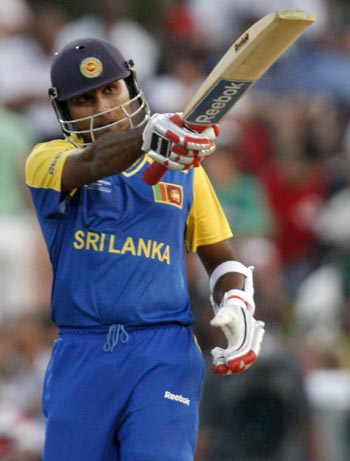 Earlier, Sri Lanka were off to a reasonable start and ended up making a competitive total of 319 for eight.

Mahela Jayawardene (77) and Thilan Samaraweera (37) joined hands and helped the side surpass the 200 mark in 34 overs and then exploded in the end to swell the total as Sri Lanka crossed the 300-mark hurdle in the 47th over.

The duo added 116 runs for the fourth wicket.

'It was a case of doing our basics right' 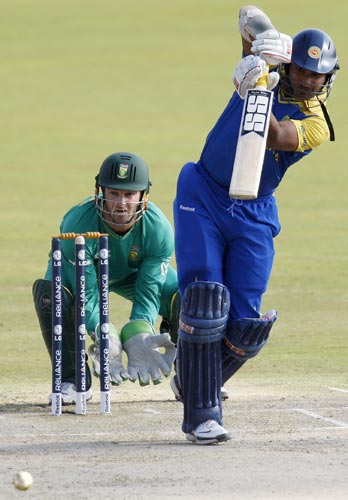 Kumar Sangakkara pitched in with a solid 54 to help his team's cause.

His partnership of 158 with Dilshan was a record Sri Lanka second-wicket stand against South Africa.

"Dilshan has been in exceptional form from the end of last year. He has matured a lot and I think he now understands how good he really is," Sangakkara later said in his praise of Dilshan.

Sangakkara admitted it was a big challenge to build up a defendable score against the South African team.

"It was going to be a challenge trying to build a defendable total.

"History says that batting first or second is not of a difference here (at Centurion) so it was a case of doing our basics right and getting the partnership going."

'I am in good form for last six months' 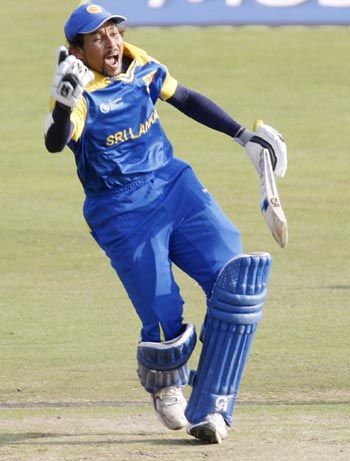 Dilshan's innings was studded with 16 fours and one six.

Dilshan had been dropped from the ODI side in September last year after his average slipped to 25.87 in 21 matches.

When he returned in early this year, he was promoted to open in ODIs and he produced sparkling form in all forms of the game.

Dilshan got the Player-of-the-Series award after amassing 317 runs at an average of 52.83 in the Twenty20 World Cup.

"I am in good form for last six month or one years and I want to deliver in this tournament also," Dilshan said.

"I have changed my batting order. I think this is the turning point fo me. I open the innings which gives me opportunity to play my stoke and take my chances during the powerplays so that is the turmning point I feel," he added. 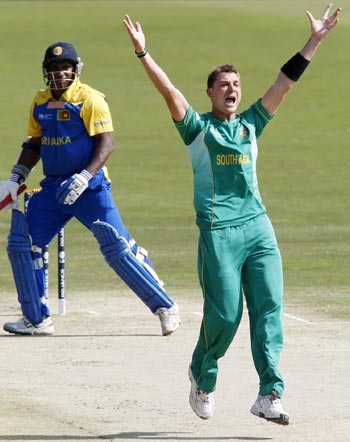 Dale Steyn and Wayne Parnell were the most successful of the South African bowlers with three wickets apiece.

Steyn first trapped Sanath Jayasuriya (10) infront of the wicket as Sri Lanka were reduced to 16 for one in 2.2 overs.

Later he had Tillekeratne Dilshan caught at third man by Albie Morkel as his second wicket to reduce Sri Lanka to 181 for three in 29.1 overs.

Parnell, on the other hand, dismissed Mahela Jayawardene (77), Thilan Samaraweera (37) and Thilan Kandamby (6).