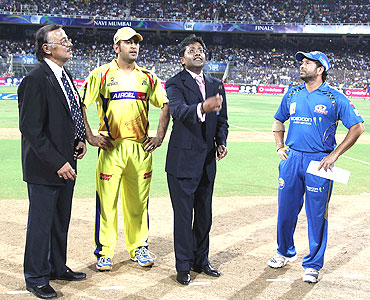 It was Chennai Super Kings' second IPL final. It was the second time they were experiencing the big occasion. Chennai skipper Mahendra Singh Dhoni called correctly at the toss and opted to bat first.

"Batting has been our strength and we will look to put runs on the board," reasoned Dhoni.

After a solid batting performance, Chennai ended their innings on a formidable note, making 168 for 5 off their allotted 20 overs at the DY Patil stadium on Sunday.

The innings started on a good note for Chennai. Matthew Hayden was a shadow of his big-hitting self, while his opening partner Murali Vijay was the more attacking of the two. 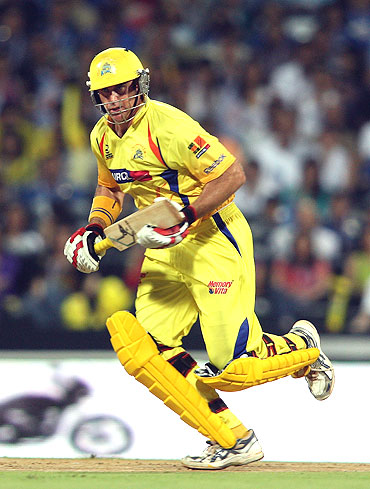 Harbhajan opened the attack for MI and the batting side did precious little for the first 15 balls besides living a tad dangerously - Matthew Hayden, in particular, surviving a series of appeals from Bhajji.

However, in the 16th ball, the veteran Aussie eventually managed to break the shackles hitting Harbhajan over the long-on fence for a maximum.

Murali Vijay (26) followed suit in the next over bowled by Zaheer Khan, clearing the deep midwicket fence with ease.

The Tamil Nadu batsman then hit past the short extra cover fielder for another boundary in the next over by Lasith Malinga.

Four balls later, Hayden smashed the ball through the point and cover fielder for a boundary. 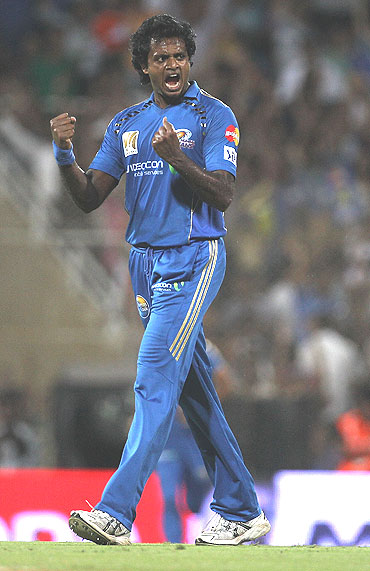 Dilhara Fernando was introduced into the attack in the sixth over and Vijay greeted him by smashing the ball over for his second maximum.

Chennai had made 40 without loss, much less than their tournament average in the period (48).

On a positive note though, it was CSK's best opening wicket stand against MI.

However, it didn't last long as Fernando struck in his second over, having Vijay caught by Saurabh Tiwary at long-on to give the hosts their maiden breakthrough.

And Hayden didn't last long either, a short delivery from Kieron Pollard made him play his shot early, get a top edge and Ambati Rayudu making no mistakes whatosever.

S Badrinath (14) played a couple of intelligent shots, getting boundaries as a reward, before skying a Fernando delivery straight to Malinga at final leg. 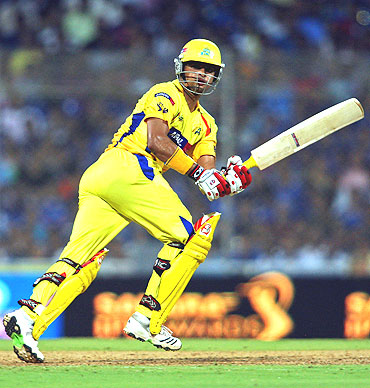 Having scored just 58 runs off their first 10 overs, the team from Chennai accumulated a whopping 100 runs from their last 10 to complete - 60 off the last five - what was without doubt a remarkable comeback.

The duo came into the crease with Chennai in a spot of bother after losing a few quick wickets and put on an impressive partnership of 72 runs (off just 35 balls) for the fourth wicket in a stand that invariably altered the course of the match.

Raina, after a couple of reprieves early on in his innings courtesy some patchy work by the MI fielders, reached what was his ninth IPL fifty - and coming off just 24 balls, the fastest fifty in an IPL final.

His 35-ball knock was inclusive off three hits to the fence and three huge ones over it.

The innings also made Raina the only batsman to have scored in excess of 400 runs in all the three editions - the left-hander is now palpably the highest scorer in the tournament with 1375 runs.

Dhoni's 15-ball knock wasn't huge in terms of numbers but was important because of the impact it had on the game.

And the duo negated the advantage that MI had having reduced CSK to 67 for three in the 12th over.

Dhoni then was caught out off Zaheer. Albie Morkel came in at the fall of Dhoni and along with Raina accelerated the innings.

Eventually, Chennai picked 21 runs off the last two overs to reach their total. 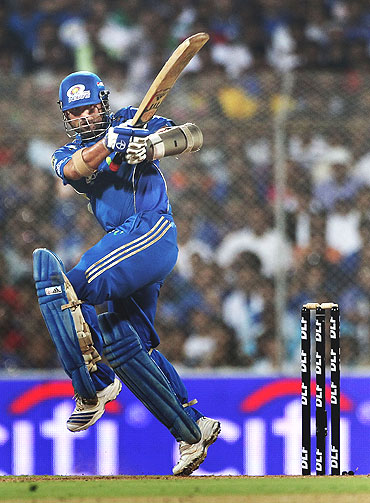 Chennai Super Kings were crowned champions of IPL III after MI lost by 22 runs. Chasing a formidable target, the home team could only muster 146 for nine.

Chasing a formidable target, MI got off to a worst possible start when Shikar Dhawan (0) was caught behind the wicket in the second over by Doug Bollinger.

The wicket reduced the scoring rate till both Sachin Tendulkar and Abhishek Nayar helped themselves to a boundary each in Ashwin's third over - that cost CSK 10 runs.

Tendulkar continued the revival with successive boundaries off Albie Morkel.

Captain, Tendulkar, braved an injury to play and made a resolute 48 but in the end it wasn't enough. 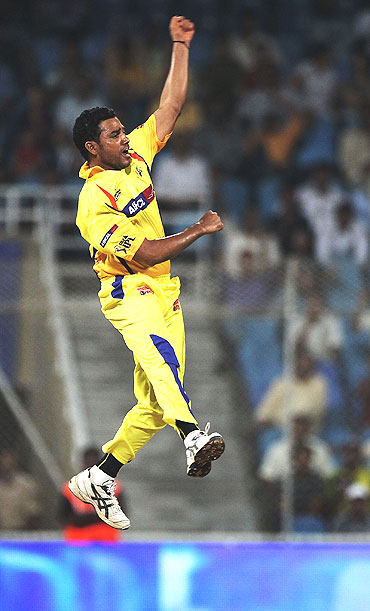 Mumbai kept on losing wickets at regular intervals, Jakati took 2 crucial wickets to cripple the Mumbai Indians' batting line-up and put a break on the chase.

In the match-turning 15th over, he first had Sachin caught by Vijay and three balls later, he had in-form Saurabh Tiwary out for a duck.

Keiron Pollard (27 off 10) came in the middle when things were nearly out of hand. His late onslaught, especially taking Bollinger for 22 off an over, gave Mumbai Indians some hope, but it was just too late for any revival and Mumbai Indians fell short by 22 runs.