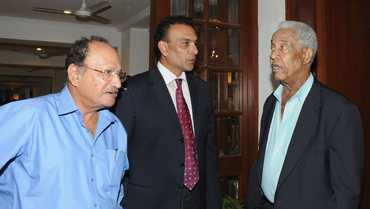 Garfield St Auburn Sobers is the greatest all-rounder to have graced the game of cricket.

Blessed with every attribute of greatness, he had that rare natural genius to perform on the big stage and entertain millions around the world.

His immortality lay in his awesome all-round abilities. A left-hander, he was both an exciting batsman and brilliant new-ball fast medium left-arm over the wicket bowler and an equally good slow left-arm orthodox bowler.

He also had the highest Test score against his name: 365 not out. An innings that stood for 36 long years till another brilliant West Indian left-hander eclipsed it.

Sir Gary turns 74 today, July 28. May he score yet another hundred!

Rediff.com salutes the genius on his birthday with this captivating slide show.

A legend from the start 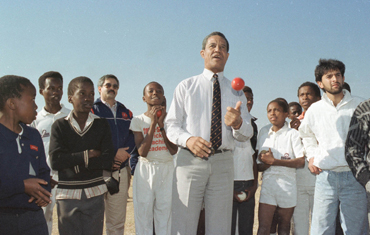 Garnet Ashby, Kent St Philip's captain, told Gary this was his opportunity to play cricket with 'the big boys'. 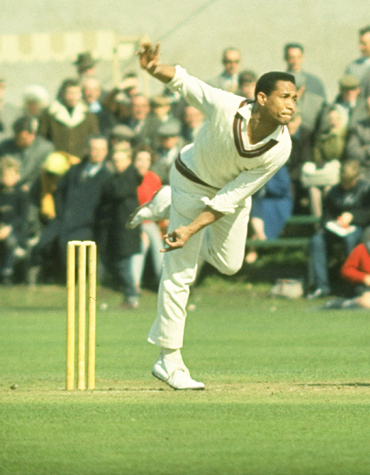 Sobers made his Test debut against England in 1954 at Sabina Park in Kingston, Jamaica, in the fifth and final Test, after Alf Valentine had fallen ill.

He was selected as a bowler, despite mediocre performances playing England for Barbados. He made a good impression, taking 4/75 in England's first innings, including a wicket in his opening over.

He also scored 14 not out and 26 batting at number nine.

Thirty-four years later Sobers, by then a celebrated figure in international cricket, hit six sixes in one over, the first cricketer to ever do so.

Glamorgan's Malcolm Nash was the hapless bowler; Gary was playing for Nottinghamshire, which he represented from 1968 to 1974.

Seventeen years later, another all-rounder -- but one batting right handed though he bowled left-handed -- equalled that mark in a Bombay versus Baroda Ranji Trophy game: Ravi Shastri hit six sixes off one Tilak Raj over. 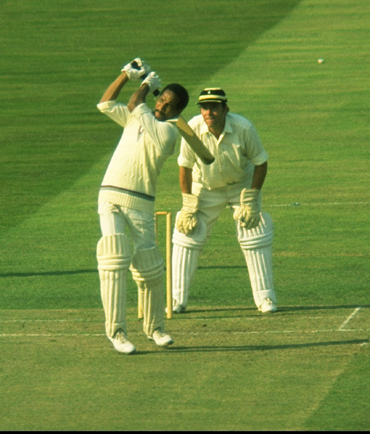 When he arrived at the wicket in the Test against Pakistan at Sabina Park in Kingston, Jamaica, in 1958, Gary Sobers had not scored a Test century.

He quickly changed that statistic during that inning, going on to make the highest Test score at that time: 365 not out (38 fours, but no six!)

During the five Test series against Pakistan, he scored 824 runs, with three centuries, and followed it with 557 runs and three more centuries on the West Indies tour of India in 1958-59.

His growing reputation as the most exciting cricketer of his time -- indeed of all time -- was on its way. 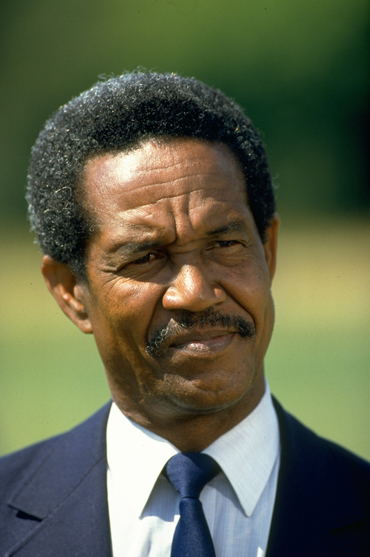 The 365 was just one of Sobers's many memorable centuries.

In 1961, many felt his 132 in the first Tied Test in Brisbane was the greatest knock people had ever seen.

Eleven years later, Don Bradman -- the greatest batsman ever -- was moved to describe Sobers's 254 for the Rest of the World against Australia as 'probably the greatest exhibition of batting ever seen in Australia.'

Even though he didn't enjoy the universal adulation the great Frank Worrell did as West Indian skipper, Gary was a successful captain whose most memorable triumph came perhaps when the West Indies defeated Australia in a Test series for the first time.

In 1966-67, Sobers captained the West Indies team to India. The Calypso Cavaliers won the series 2-0 with one match drawn.

Sobers also made the headlines when he was briefly engaged to Hindi movie actress Anju Mahendru.

The marriage of cricket and celluloid would have to wait till December 27, 1969 when Mansur Ali Khan 'Tiger' Pataudi, Sobers's Indian counterpart as captain, married actress Sharmila Tagore, whose then constant co-star was Rajesh Khanna who was seeing Anju Mahendru!

Sobers was also the West Indian skipper when Ajit Wadekar's Indian team (including a 21-year-old named Sunil Gavaskar playing his first Test series, and what a series it was for him!) stunned the Windies to win a Test series in the Caribbean for the first time.

Thirty years after he retired from the game, the International Cricket Council in 2004 asked Richie Benaud, Gavaskar and Michael Holding 'to select an individual with whom to honour cricket's ultimate individual award'.

The trio recommended that the trophy be named the Sir Garfield Sobers Trophy, which is awarded every year to the player the ICC selects as its Cricketer of the Year. A apt tribute for a legend whose likes we will not see again on the cricket field.