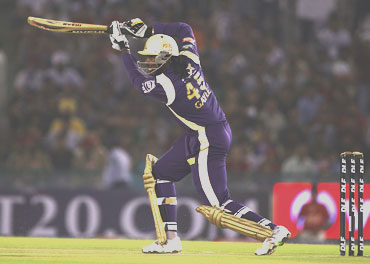 After olkata Knight Riders won the toss and elected to bat first, it was important for their openers to fire.

And that's exactly what Chirs Gayle did. Brett Lee, who was back from an injury bore the brunt of Gayle's attack as the left-hander plundered 19 runs in the opening over, which included three hits to the fence.

At the other end, skipper Sourav Ganguly faced a couple of dot balls from Irfan Pathan before opening his shoulder, hitting another couple of boundaries. 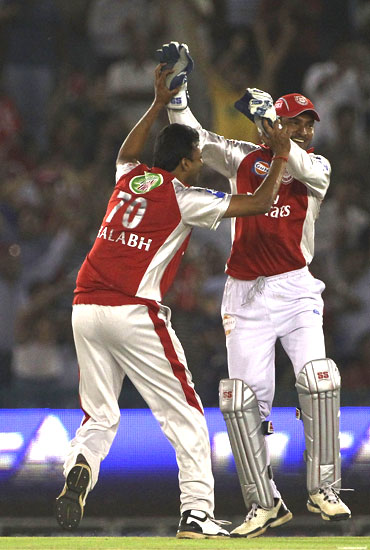 Kings XI Punjab skipper brought in Shalabh Srivastava to stem the run flow and it worked immediately. The Uttar Pradesh medium pacer bowled a short of a length bouncer, which surprised Gayle, who hit down to the fielder behind square leg for just 14 runs.

The youngest player in the third edition of the IPL, Mandeep Singh was promoted up the order, but the youngster looked scratchy and out of place. Srivastava claimed his second wicket, when he picked up Mandeep for just four runs. 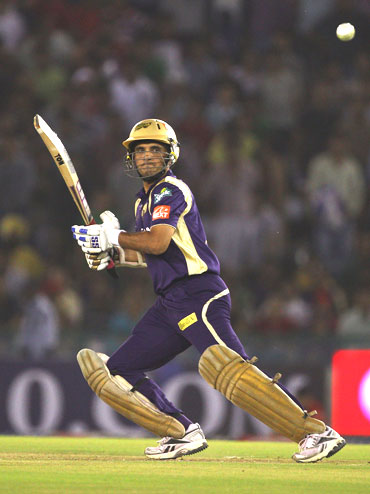 Manoj Tiwary, who came in after the fall of Mandeep's wicket, combined well with Ganguly and steadied the innings. They initially played few quiet overs before lifting the tempo.

With the boundaries difficult to come by Ganguly broke the shackles a bit, hitting a six and a boundary off Piyush Chawla in the 11 over.

Tiwary then continued the momentum, hitting Vikarmjeet Malik for two more boundaries to take Kolkata past the 100-run mark in the 12th over.

Ganguly completed his half-century from 37 deliveries, with a single on the leg side off Bopara in the 14th over.

The Knight Riders skipper was eventually out when he ballooned a simple catch to Chawla off Pathan.

Tiwary turns on the heat 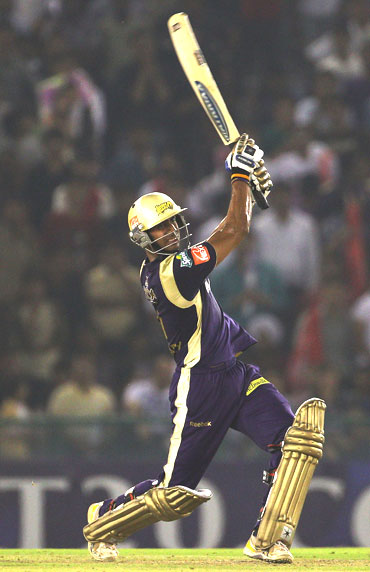 Manoj Tiwary picked up from where Ganguly left and scored attacking shots in the need to push the scoring rate.

David Hussey too couldn't last long as he was cleaned bowled by Chawla for just three runs.

Tiwari lifted the tempo form there on and soon completed his half-century, when he picked up the a single off Pathan in the 17th over.

But Tiwary then turned the game with his big hitting, plundering 21 runs off Pathan. Tiwary first hit two sixes and two boundaries to see the visitors post a competitive 183 for five wickets in the stipulated overs. 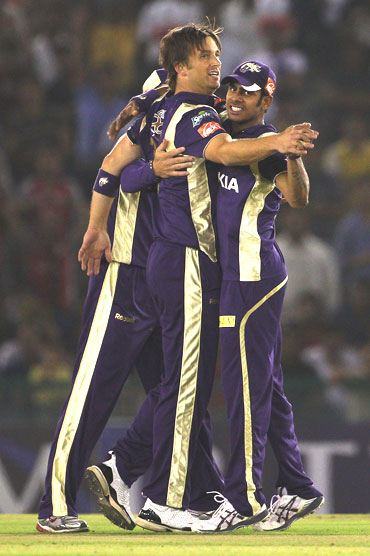 Defending 183, it was important to strike early, and Shane Bond did just thet.

Kings XI opted to open with Yuvraj Singh and Ravi Bopara for the run chase.

Bond however had other ideas. The Kiwi pacer beat Bopara with his pace and caught him plumb in front of the wicket.

Yuvraj threatens for a while 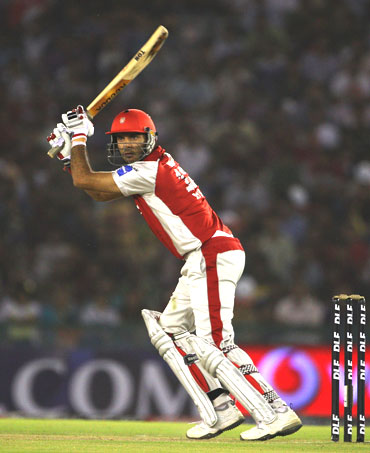 Yuvraj Singh, who had opened the innings, started in his usual fashion, hitting his first boundary off Ashok Dinda. He picked the short ball early, smaked it over the infield, through to midwicket for four.

Manvinder Bisla too at the other end picked Dinda for another boundary in same over, this time over mid-on.

Ganguly brought in Ajit Agarkar, and he was it for six and a boundary as the southpaw looked to move on.

But Agarkar had the last laugh, when he had him brilliantly caught by Tiwary at midwicket. 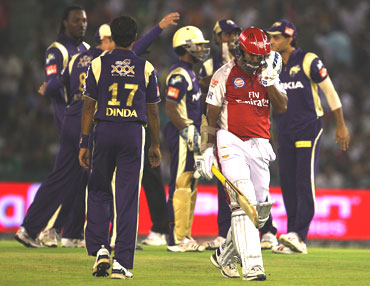 Much was expected from the Sri Lankan duo of Mahela Jayawardene and skipper Kumar Sangakkara. But both failed to lift the team from the hole.

With the run-rate steadily climbing, Jayawardene was cleaned up by fellow-countryman Angelo Mathews around his legs for 16.

Sangakkara played an embarrassing shot and was stumped by Saha off the bowling of Gayle. 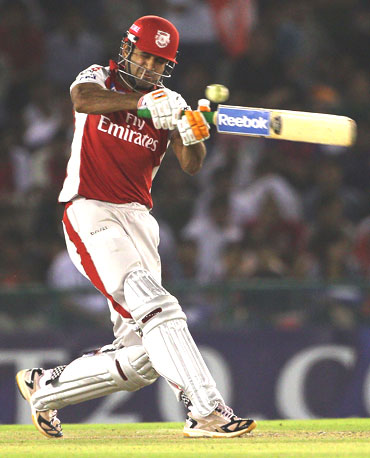 Irfan Pathan and Kara Goel did provide some late blows, but that was not enough as Kings XI Punjab fell short by 39 runs.

Pathan scored a fighting 22 off 14 balls, which included a six and a boundary, while Goel hit an unbeaten 17.