Development of a fierce rivalry between the teams 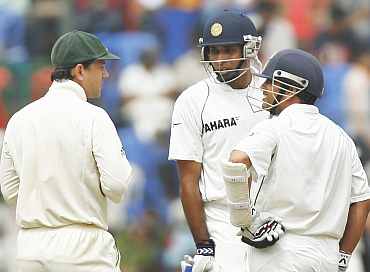 Has an India-Australia Test series become bigger than the Ashes? The idea to compare the two seems a bit far-fetched says Bikash Mohapatra

The comparison first started when Australia last toured India in 2008.

The question was simple: Has an India-Australia Test series become bigger than the Ashes?

A noted commentator kept asking this question to both the team captains after every match.

Blame it on our intrinsic ability to make comparisons, a desire to be superior or simply to get the bilateral series the kind of publicity it probably needed.

True, Tests between the two countries have seen an increase in public interest in the last few years owing to the development of a fierce rivalry between the teams.

Nonetheless, the idea to compare the Border-Gavaskar trophy which is just over 10 years old to the over-a-century old Ashes seemed a bit far-fetched.

'An India-Australia series is not bigger than the Ashes' 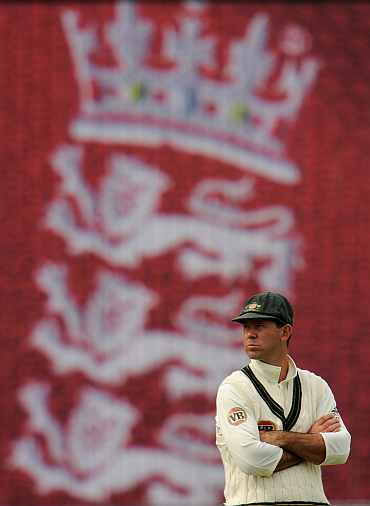 The cricketing history that Australia share with arch rivals England dating back to 1877 when the first ever Test match was played is far richer than the one India shares with the team from Down Under.

It's a fact that India vs Australia games have become far more competitive in the last decade or so, but so have the England vs Australia matches. It would be imperative here to mention that England has won two of the last three Ashes - unlike between 1987 and 2005 when Australia dominated.

As regards India, it shares a similar historical rivalry with neighbours Pakistan alright. But its recent string of good results over Australia cannot be construed as the onset of a rivalry rivaling the Ashes. Remember, India is yet to win a series on Australian soil.

Ricky Ponting was forthcoming on the comparison.

"It (an India-Australia Test series) is not bigger than the Ashes," said the Australian captain, when asked the question again. He went on to elaborate on the topic.

"As regards Australian cricket, we have three important rivalries to look up to," he explained, adding, "First there's the Ashes, which has a lot of history to it.

"Then there is South Africa, against whom the rivalry has become very strong over the years.

"And then there is India. We know how competitive the cricket is between the two countries, the last few series between them have been incredible," he added.

Having explained the importance, the Australian captain cast his vote for the series his team considered the most important.

"All the three series' (above) are entertaining to be a part of," admitted Ponting, adding, "I would still put the Ashes above the other two." 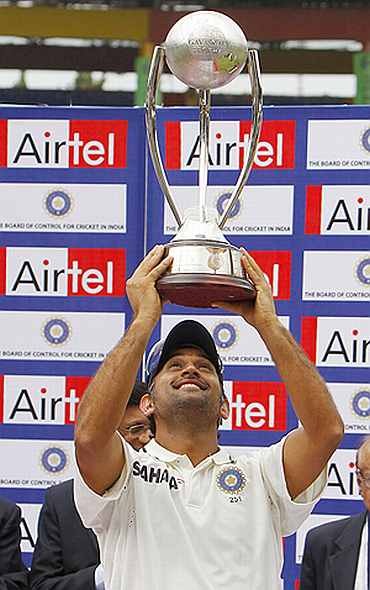 Mahendra Singh Dhoni, Ponting's Indian counterpart, seemed to be in agreement, having his own reason for the same.

"We can't compare when there are just two Tests," he said, referring to the just-concluded series, adding, "In such a series what we can do is try and get a favourable result."

It may be noted here that the just concluded Tests was originally a seven-match ODI series that was turned to two Tests and three ODIs in a bid to help India consolidate its top ranking in Tests.

Australia had no objection to the change as they saw this series as a dress rehearsal for the Ashes, a final preparation ahead of the big one.

Ponting also agreed that Australia never played in as many Tests against India as they do against England.

"A two or three Test series isn't good enough," he said, adding, "It is always a bit here and there."

The last five-Test series between the two countries was played way back in 1991-92. And an Ashes is always a five-Test affair giving both the sides equal opportunity to shine.

Till that issue is addressed, making comparisons with a series as significant as the Ashes is nothing but an overtly ambitious dream.