Sign in  |  Create a Rediffmail account
Rediff.com  » Sports » With 891 points Tendulkar back on top of Test rankings

With 891 points Tendulkar back on top of Test rankings 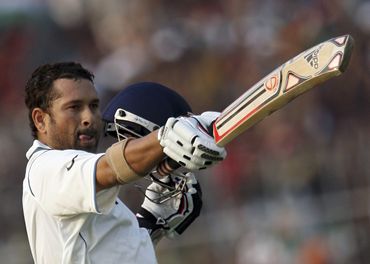 Sachin Tendulkar reclaimed the No 1 Test ranking after eight years following a successful run in the just-concluded Test series against Australia.

Tendulkar was the highest run-getter with 403 runs in the two-match series, which India won 2-0.

He also scored his sixth double hundred and was adjudged Man-of-the-Series.

The Indian batting legend now has 891 rating points, as per the latest ICC rankings.

Tendulkar's previous No 1 ranking was in August 2002 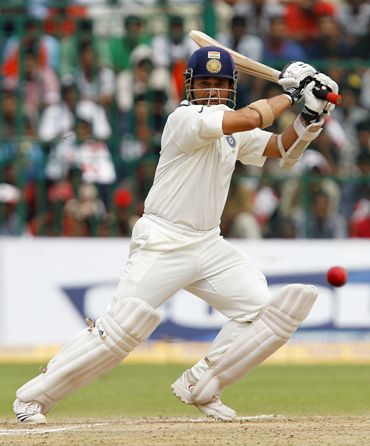 It is the first time in eight years that Tendulkar has topped the batting table. The last time he achieved the No 1 ranking was in August 2002 when he scored 193 in his 99th Test to help India beat England by an innings and 46 runs at Headingley.

Overall, it is the ninth time that Tendulkar has claimed the No 1 ranking, the first being his 33rd Test on November 18, 1994 after scoring 34 and 85 against the West Indies in the Mumbai Test which India won by 96 runs.

Tendulkar had entered in the two-Test series in fourth position on 809 ratings points. But in the two Tests he collected 82 ratings points, thanks to his series aggregate of 430 runs.

Sehwag No 3, ahead of Sangakkara 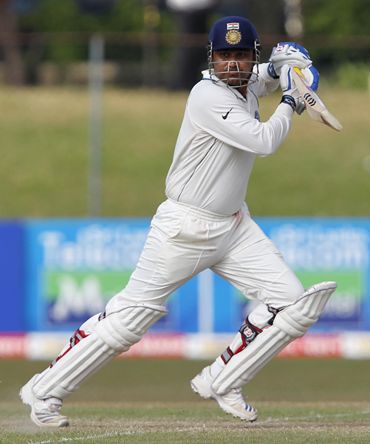 Virender Sehwag, who scored 113 runs in four innings in the just-concluded Tests against Australia, is the next best Indian at No 3. Australia captain Ricky Ponting is the other batsman from inside the top 20 to make an upward movement.

The Tasmanian scored 77 and 72 in the second Test at Bangalore, and was rewarded with a jump of three places, which puts him in 16th position. Dravid stays at No 22 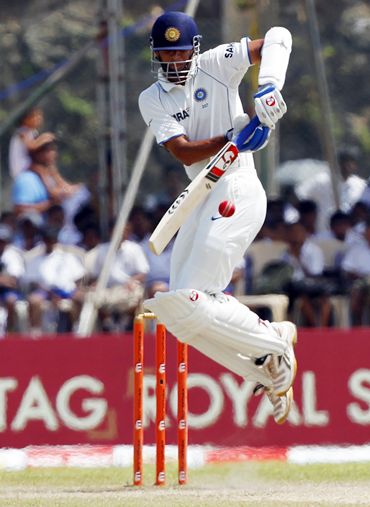 Rahul Dravid retained 22nd position, while VVS Laxman, who was instrumental in India beating Australia in the first Test at Mohali, stayed in eighth spot despite missing the second Test.

Opener Murali Vijay jumped 29 places to 57th place after scoring 139 and 37 in the second Test.

Zaheer rises to No 4 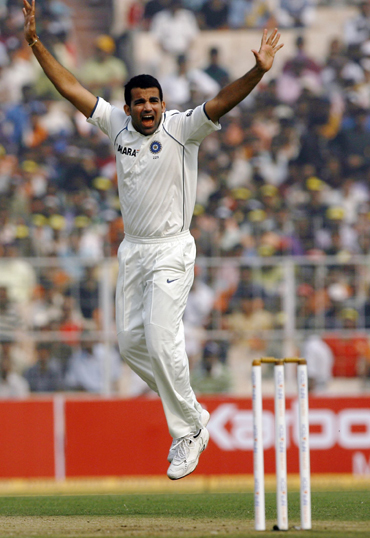 In the rankings for Test bowlers, Zaheer Khan, Harbhajan Singh and Ben Hilfenhaus gained a place each.

Zaheer now sits in fourth position after match figures of 4-125 in the second Test.

Harbhajan rises to eighth after figures of 6-211, while Hilfenhaus is in 19th place after claiming 2-104 in the Test. 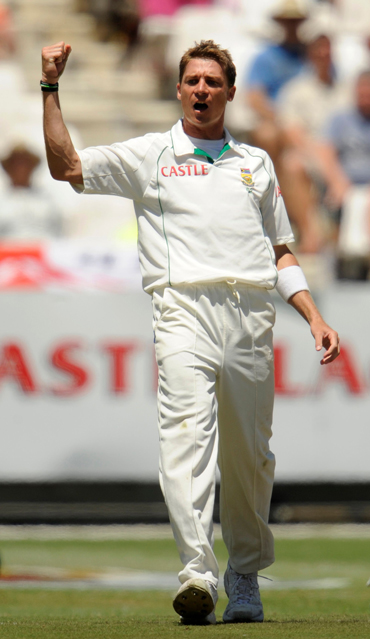 The bowling rankings are led by Dale Steyn of South Africa, with England off-spinner Graeme Swann in second position.

There is no change in the top five in the rankings for all-rounders.