Beleaguered Aussies keen to finish with a win 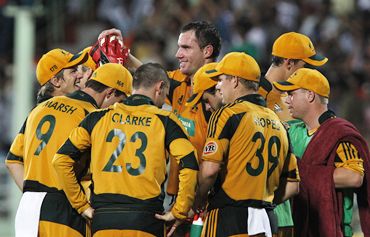 After the wash-out in the first One-Day International in Kochi, it seems the weather gods are showing mercy on Indian cricket fans.

It rained for a few days in Visakhapatnam but stopped in time for the second one-dayer. Something similar is being witnessed in Goa, the venue for the third and final match of the series against Australia.

The two teams were greeted by bright sunshine on arrival in Goa, India's smallest state in terms of size but famous for its beaches.

India, having taken an unassailable 1-0 lead, can take it easy and party around at this popular holiday hotspot, while Australia hope to bounce back and guard their proud record on the Indian soil.

The World champions have not lost a series in India since 1986-87, but it seems India will obliterate that record. 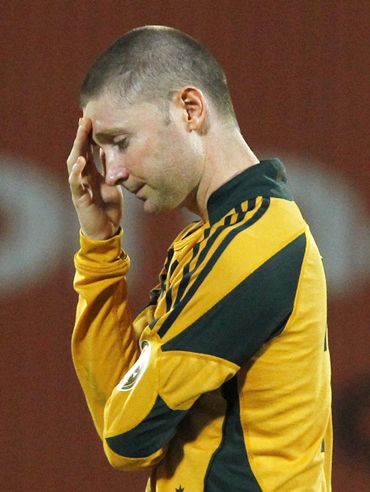 Indeed, it is rare to see an Australia side surrender tamely, and Michael Clarke was lost for words as he admitted his team was outclassed again on the ongoing tour of India.

After losing the second One-Day International in Visakhapatnam by five wickets Australia's search for a victory in India continues. The visitors must have fancied their chances after recovering to post a competitive 289. But India chased down the total quite easily, even without three of their senior-most batsmen.

The Aussies, whitewashed 2-0 in the Test series, were quite keen to break their duck, but it seems India have the answers to everything at the moment.

The dew was expected to play a part, but it never hampered the bowlers in the second half of the match.

"I think the dew played bit of a part. It probably helped the wicket and the ball skidded off the wicket a bit better. The batting was better in the second half of the game. The ball didn't get that wet and it certainly didn't affect our bowlers, so we have no excuses," Clarke said. 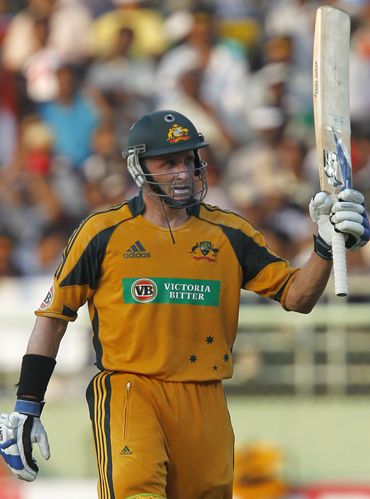 The Australian right-hander is hoping that his team can improve on the lacklustre showing in the second match.

"We can all improve and our fielding certainly can improve. Hopefully, we come out with a better performance in Goa," he said.

Australia's preparation for the do-or-die third match will be hampered by the absence of Michael Hussey, who rallied the team in the second ODI after the loss of two early wickets. He was asked to return home and play in domestic cricket in preparation for the upcoming Ashes.

Strike bowler Doug Bollinger will also return after failing to recover from an abdominal strain.

Will India persist with Shikhar Dhawan? 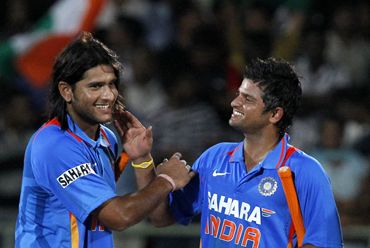 While the hosts are ecstatic after the victory in Visakhapatnam, they will be looking to improve their record at the Jawaharlal Nehru stadium in Margao, which is the home of football in Goa.

India have lost three out of their six matches played at the venue, while one was abandoned. India and Australia have clashed just once here, the visitors winning by four wickets, courtesy Michael Bevan's unbeaten 87.

Yuvraj Singh is the only survivor of the Indian team from that game, while none from the current Australian squad played here.

India also have a few headaches of their own to address before the match. The bowling in the death overs still remains a concern, as was witnessed in Vizag, as Australia slammed 84 runs in the last five overs.

It also remains to be seen whether they persist with Shikhar Dhawan, who was dismissed for a duck on debut, or include Rohit Sharma in his place.