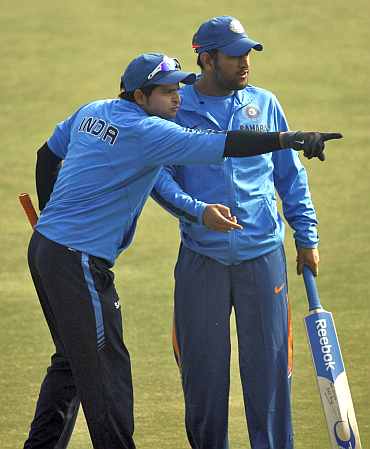 Indian cricket captain Mahendra Singh Dhoni on Tuesday once again rubbished news reports of Suresh Raina being linked with an associate of a bookie and termed it as "baseless and false."

"The reports that Raina was spotted with a woman, having links with bookie and that he might be linked with match fixing, are baseless and false," said the Indian skipper, who had earlier also denied the charges.

"Raina is a good player and he can never indulge in such activities. Sri Lankan Cricket Board, BCCI, ICC and ICC Corruption Committee have investigated the matter and could not found any proof against Raina," Dhoni told reporters.

'Improvement is needed in the bowling department' 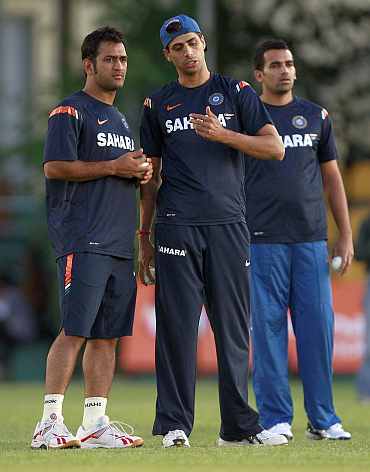 It was reported that Raina was seen with a lady, who is a close associate of a known bookmaker, at a Sri Lankan hotel and the footages were recorded on the CCTV of the hotel.

Dhoni also said the allegations that the BCCI deliberately turned deaf ears in Raina's case, had nothing to do with reality.

Meanwhile, the captain, who led India to both Test as well as One-day series victories against Australia recently, termed his team as a balanced side but admitted that the bowling needs to improve.

"There are good batsmen in the team, who have a lot of energy and enthusiasm. New players are also coming into the team and are continuously improving their game," he said.

"However, some improvement is needed in the bowling department as it is always an area of concern for us," Dhoni added.