'Dream, because dreams do come true' 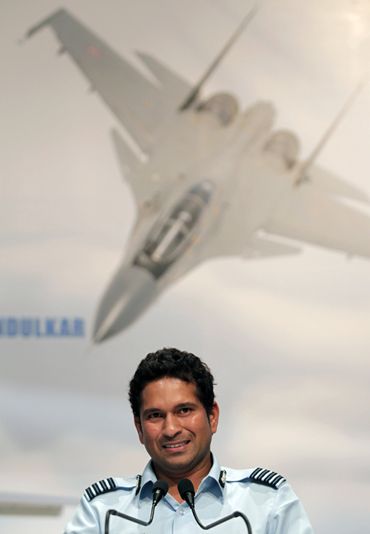 Sachin Tendulkar was on Friday conferred the Indian Air Force's honorary rank of Group Captain in honour of his cricketing achievements and contribution to the nation.

The batting ace is the first sportsperson to be conferred a rank by the IAF, and the first personality with no aviation background to receive the honour.

The 37-year-old, who holds almost every batting record, was inducted into the Air Force as its brand ambassador, after IAF chief Air Chief Marshal P V Naik invested him at a glittering ceremony at the Air Force auditorium in Delhi.

"It's a great pleasure and honour to be honoured by the IAF. It was wishful thinking and it has come true today.

"I'm extremely proud to be a part of IAF. I want to urge the youth to join air force and serve the nation. So dream, because dreams do come true," Tendulkar said after receiving the honour. 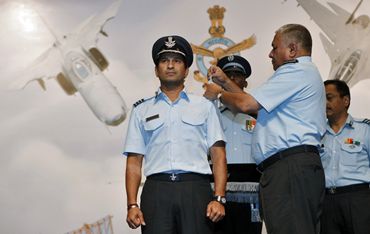 The IAF feels that Tendulkar's association with it will motivate the younger generation to join the Air Force and serve the country.

Air Chief Marshall Naik said the batting legend's association with the IAF will help in making the youth aware about the Air Force.

"Youth admires him (Tendulkar). I think the youth will get inclined towards the Air Force. What youth will do in future we can't say, but the indications that we are getting from school students we are hopeful. 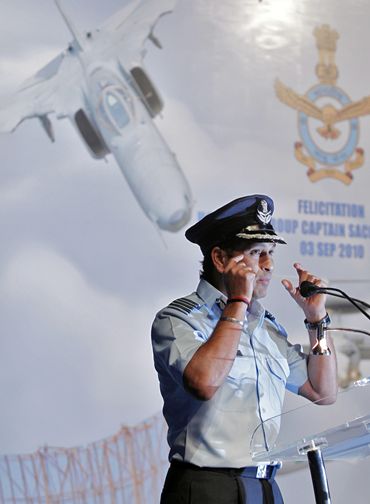 Before being conferred the honorary rank, Tendulkar went through a process of familiarisation with the IAF and trained in basic military practices and drills.

Former cricketers like Ajit Wadekar, Dilip Vengsarkar and Kapil Dev, and singing legend Asha Bhonsle, have said that Tendulkar should be awarded the Bharat Ratna.

When the Mumbaikar was asked for his view on it, he replied, "It's a dream. It's the biggest honour. It is dream of every Indian. Who will not like to get Bharat Ratna?"