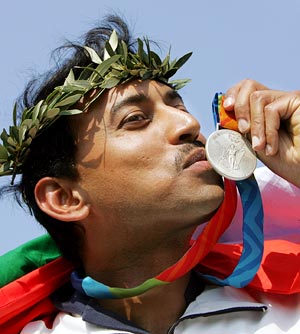 The Indian cricketers' stance on the World Anti-doping Agency (WADA) compliance has drawn a lot of comment, both positive and negative. I would like to look at this issue another way: does the Indian cricket team need to comply with a standard WADA-directive?

Instead, why can't the International Cricket Council (ICC) and Board of Control for Cricket in India (BCCI) and other notables from the cricket world formulate a dope testing norm that is better suited to the sport and ensure regular testing to keep the sport free of dope-criminals?

Why did the International Olympic Committee (IOC) set up WADA to put an end to doping?

Before I get into that, let's take a step back. WADA was established around 1999 to prevent doping in sports. Though WADA is an independent body, it was raised by the IOC. Performance-enhancing drugs were tarnishing the glory and prestige of the Olympics and more importantly, the use of such drugs is detrimental to the health of sportsmen.

The Olympic Games are among the most prestigious brand of global sport, and a mega marketing opportunity [just like the Indian Premier League]. The IOC markets various rights related to the event, 'owns' athletes while they compete; and all event-related performance and images are the property of the IOC forever.

WADA is an important initiative that protects the brand and marketability of the Olympics.

Why have international athletes complied with an invasive whereabouts clause?

So now to come back to the contentious whereabouts issue which states: "every sportsperson must declare his/her whereabouts for 1 hour of every day for the next 3 months" and 'if the sportsperson is missing 3 times in a period of 18 months from the declared location, he/she will be banned from competing for a certain period".

Athletes who compete and hope to compete in the Olympics have signed it. Tennis pro's and FIFA initially objected, but then signed it since it is a pre-requisite for competing in the Olympics.

What is the 'price' every sportsperson must pay to keep sport drug-free?

Most of us (and that includes me) firmly believe that sports must be rid of doping and all efforts must be made to prevent manufacturing, trafficking and finally usage of performance enhancing drugs. Out-of-competition testing is an effective means of ensuring this.

Some of us, as the numerous public comments show, also feel that giving our location for 1 hour everyday for the next 90 days is a price we willingly pay to help rid sport of this malaise.

All Olympic athletes have signed on also because they have no choice and yes, they conscientiously update their locations on the WADA site.

Their passion for sport and pride in representing their country is, in this context, 'controlled' by the Olympics committee. This organisation can bar any athlete with adequate reason. [On another note, I hope this post will be received constructively, and not be seen as a 'borderline infringement' of any sort!].

I must emphasize, I believe WADA serves a great cause. However, that in itself must not give anyone unlimited right over others.

WADA spends millions of dollars on research. So why isn't it possible to come up with an alternative way for out-of-competition testing?

The practical issues around administering out-of-competition testing are also amusing, considering many of India's sportspersons have their roots in villages and often visit them, the addresses given out could be as unidentifiable as taal no 3, or quila no 6, near jhulli walan gali, Gandhi Nagar. Indian villages are not completely mapped or on GPS like the western world and finding such locations is quite impossible without the entire village knowing about outsiders looking very lost.

Can the discussion with BCCI and Indian cricket players help improve the system?

We should accept that Indian cricketers and the BCCI don't 'need' brand Olympics to grow [neither did FIFA] and hence they are in a strong position to negotiate.

I don't think we should put aside the very valid invasion of privacy and security-related issues the Indian cricket players have raised, until the BCCI and WADA can convince the players there's a fool-proof system that will not let them down.

The risks arising from a leak are much too real and personal, for a sportsperson to ignore.

Let's look at this issue another way: We all want to rid our country of crime. As conscientious citizens, are we willing to report to the police, for instance, our location for 1 hour (in daylight hours) everyday for the next 90 days? And will anyone not found 3 times at those locations be labeled a suspected criminal?

So, should the cricketers comply? Why should we sit on judgment if we are not willing to accept the same principle to rid our country of crime?

The cricket establishment has a unique opportunity to help improve a system that has worldwide compliance and protects athletes who commit years of training to compete at the highest level, from being cheated by dope-criminals.

Yes there is the issue of cricket being included as an Olympic game: lets not ignore this is also linked to marketing the Games and hence IOC's need to control the process -- besides the absolute need to keep the Games dope-free.

As an Olympic athlete, my humble view is: this is a case of the level of intrusion you are willing to accept to live your passion, to represent your country and for that 'big opportunity' to bring your dreams to life!