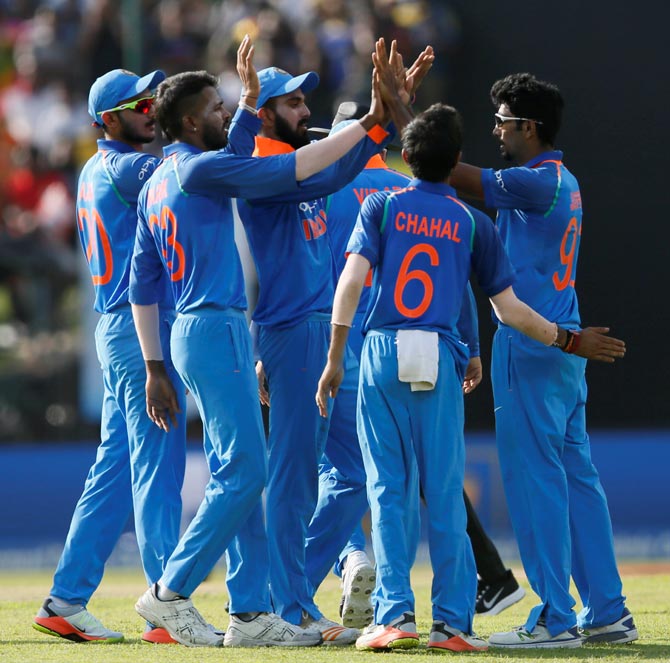 Axar comes back into the attack. He continues to bowl tight, conceding just two singles in his seventh over.

Thirimanne flicks Kedar fine on the leg side for a couple and he repeats the shot again for another two runs.

Bumrah, who has five overs in hand, comes back. He starts with three dot balls before Thirimanne takes a single on the off-side and Chamara Kapugedera defends the last two balls to end a good over.

Thirimanne looking to be positive. A short delivery from Axar is cut past point for a four followed by four singles to get eight runs from the over.

Bumrah deals Sri Lanka's hopes of posting a decent total with the wicket of the well-set Thirimanne, who is caught on the leg side after a good innings of 80 from 105 balls.

Bumrah has been splendid with the ball with sensational figures of three for 11 in seven overs to leave Sri Lanka struggling on 159 for five in 40 overs.