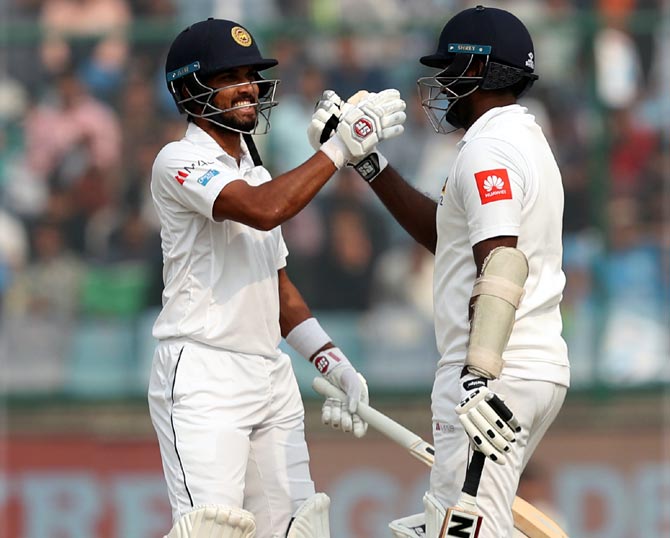 Angelo Mathews and Dinesh Chandimal hit centuries before India checked their progress with quick wickets in the post-tea session, on Day 3, of the third Test.

Captain Chandimal led from the front with a valiant innings of 147 not out to guide Sri Lanka to 356 for nine, still trailing India's score by 180 runs.

Mathews and Chandimal rallied Sri Lanka as they put on 181 runs for the fourth wicket to deny India in the morning session before Ravichandran Ashwin dismissed the former 10 minutes before the tea interval to end the flourishing partnership.

Mathews rode his luck to score 111 after being spilled twice on Monday to go with Sunday's early reprieve.

Ashwin claimed a couple of wickets at the end, to finish with three for 90, while Shami, Ishant and Jadeja picked up two wickets each.

Sri Lanka lost just one wicket in the first two session before India struck with five wickets in the post-tea session as they looked set to take a big first innings lead with two days left in the match.