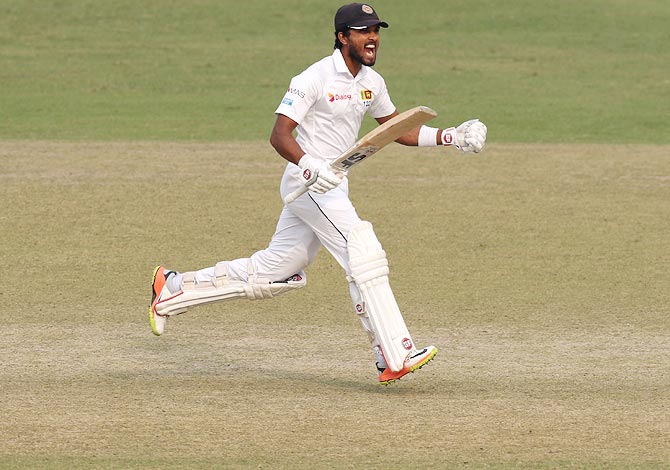 Welcome to the coverage of Day 4 of the third and final Test between India and Sri Lanka in New Delhi.

India need just one wicket to wrap up the Sri Lankan first innings, who finished the third day on 356 for nine.

Chandimal played a captain's knock and his 10th Test century included 18 fours and one six. Lakshan Sandakan was yet to open his account at the other end with Sri Lanka still 180 runs behind.

Mohammed Shami opens the bowling on the fourth day. Chandimal turns the third ball on the leg side for two runs and then picks to raise his 150 before Sandakan plays out the remaining two deliveries of the over.