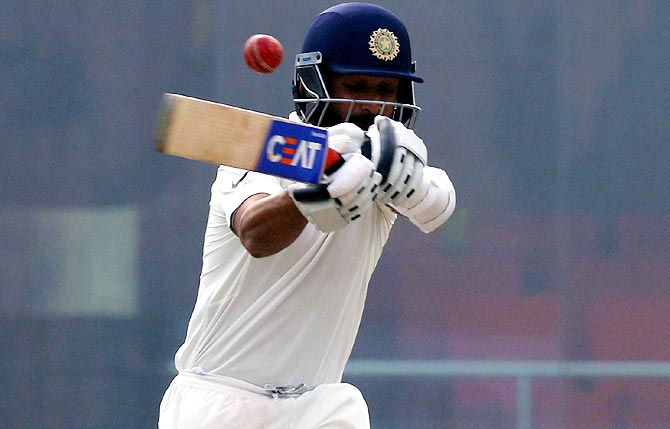 With Lakmal going off the field, Sri Lanka are forced to introduce spin early as offie Dilruwan Perera comes into the attack, to bowl the seventh over.

The first ball goes off Dhawan's pads to short leg as Sri Lanka appeal but in vain. He then takes a single before Rahane comes down the track and smashes the off-spinner back over his head for a four to release some pressure.

In the off-spinner's next over, he plays another cracking drive through the covers for a boundary.

A couple of balls later, Rahane goes back to play the pull shot but misses and hit on the pads. The umpire turns it down and Sri Lanka take the DRS.

Rahane survives narrowly as the ball is clipping the outside half of leg stump which means the umpire's decision stays.

A nervous start for Rahane as he survives two reviews, while battling his way nine from 20 balls.

Dhawan is content to bide his time and get his eye in and looks in no hurry at the moment.

Meanwhile, Rahane plays another loose shot, throwing his bat at a wide one and is beaten.