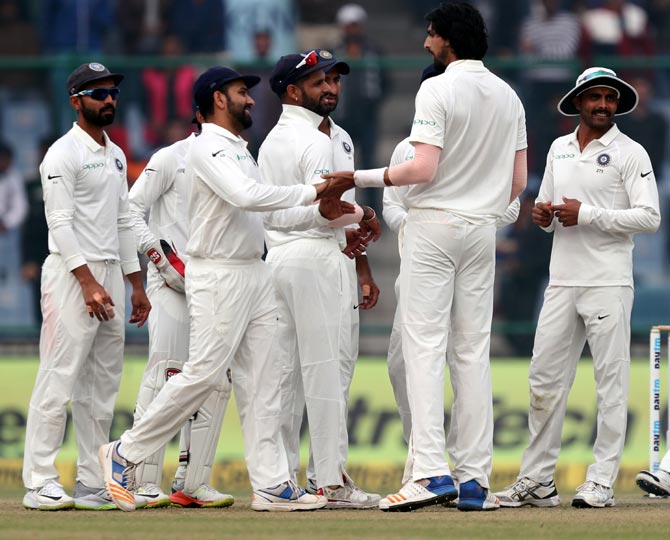 Captain Chandimal perished for a career-best 164 as Sri Lanka were bowled out for 373 in their first innings.

India, who had declared their first innings on 536 for seven, got a sizable 163-run lead.

Chandimal had led Sri Lanka's splendid fightback after they were reeling on 75 for three at one eight.

He added 181 runs for the fourth wicket with Angelo Mathews, who made 111.

For India, Ishant and Ashwin picked up three wickets, while Shami and Jadeja bagged two wickets apiece as India used only four bowlers for the 135 overs sent down on Day 4.,
« Back to LIVE