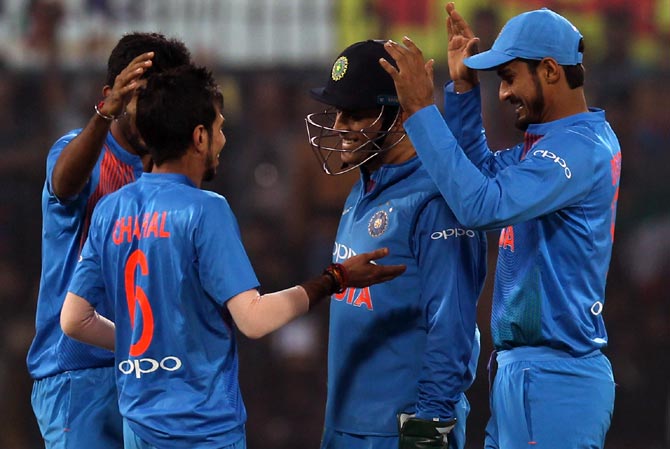 The spinners are turning it on here after going for runs earlier on. Chaturanga de Silva goes for the reverse sweep but ends up hitting it back on to his stumps to be bowled for one.

And two balls later, Chahal gets Samarawickrama stumped for five as Sri Lanka suffer another batting collapse against the spinners, losing six wickets for 22 runs in the space of 14 balls.

After Kuldeep picked up three wickets in the previous later, Chahal also does the same in the following over.

Dananjaya attempts the big hit down the ground but ends up holing out to the fielder at long-on to perish for five.

Chahal finishes with four for 52, making a good comeback after going for runs in his first three overs.

The move came a day after Parliament approved two agriculture sector-reform bills which have been bitterly opposed by the opposition parties like Congress and TMC.