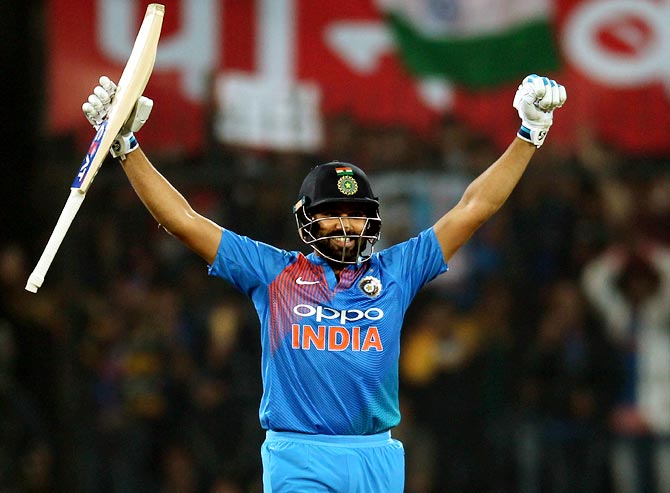 Perera to bowl the final over. Dhoni picks a single from the first ball before new batsman Shreyas Iyer looks to heave the next ball over the leg side but misses and is hit on the pads.

The umpire rules him out leg before wicket before Iyer decides to take the DRS but the ball is crashing into the leg stumps and the decision stays.

The Indians going through a batting collapse. Two balls later, Dhoni also chances his arms but misses a straight ball and is bowled after scoring 28 from 21 balls.

Dinesh Karthik hits the first ball he faces for a four before he takes a single as India finish on a mammoth 260 for five in their 20 overs, the second highest score in T20 Internationals.