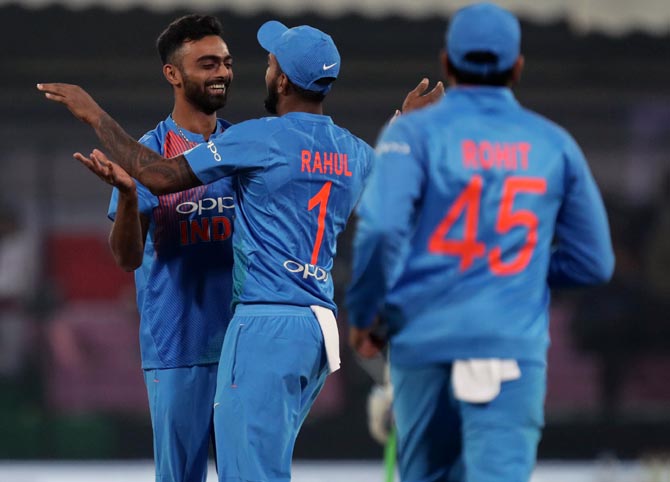 A surprise at the start as India open with spin!

Debutant Washington opens the bowling for India against the left-handed opening duo of Niroshan Dickwella and Upul Tharanga.

Dickwella gets off the mark with a single off the second ball before Tharanga lofts the fourth ball over the covers for a four and then flicks the next to deep square leg for one.

Dickwella defends the last ball as Washington concedes just six in his first over.

Left-arm Jaydev Unadkat from the other end. Tharanga looks to turn the next ball on the leg side but is beaten and picks a leg bye.

Dickwella is eager to get after the pacer but can't get his timing right. And Unadkat ends his poor start as he gets him caught at mid-on for one.