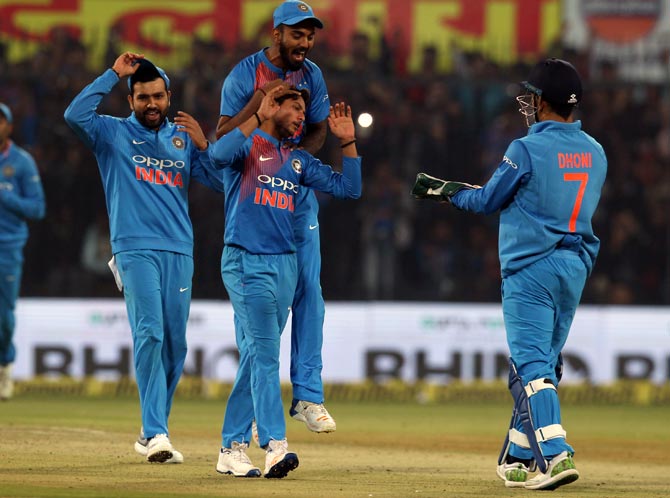 Welcome to the coverage of the third and final T20 International between India and Sri Lanka in Mumbai on Sunday.

This will be India's final international game in 2017 and they will be looking to finish off on a high, which will also help them complete a 3-0 series whitewash.

Having already sealed the series 2-0, India are likely to give some of the bench players a chance.

For the islanders, it has been a forgetful year, and the two recent defeats against India have just added to their misery.

While the hosts thrashed Sri Lanka by 93 runs in the first match at Cuttack, they outclassed them by 88 runs in Indore to seal the series. The visitors also lost the ODIs 1-2 and drew a blank in the Test series held earlier.

On the other hand, India have been cruising across all formats and would surely look to end a successful year with another thumping win ahead of a tough tour of South Africa where they play three Tests, six ODIs and three T20s.

The constant one-sided results may not be an ideal preparation for India for the upcoming tour, but the positive thing is that in absence of seniors including inspirational captain Virat Kohli, the youngsters have taken responsibility and delivered in the T20s and ODIs.

Stand-in skipper Rohit Sharma, who equalled David Miller's record of the fastest ever T20 century during his 43-ball 118-run innings in Indore, is in peak form and he would love to continue his good run at his home ground.

Be it K L Rahul, Shreyas Iyer, Manish Pandey or the experienced campaigner Mahendra Singh Dhoni -- all have chipped in when needed and coach Ravi Shastri would expect them to fire big time on Sunday.