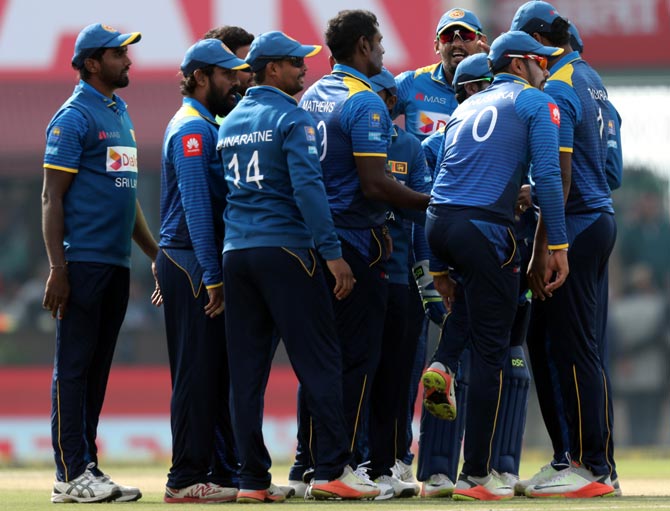 Just like India, Sri Lanka also open the bowling with a spinner as Akila Dananjaya is given the new ball.

He starts with a wide before Rohit is beaten off the third ball but the leg before appeal is turned down. Two singles before Rohit tries a big shot but fails to make proper connection.

Medium pacer Dushmantha Chameera to bowl the second over. He starts with a beauty as KL Rahul plays away from his body but is beaten by the outswinger.

Two balls later, he flashes hard again but is beaten again before he takes a single to thirdman off the fourth ball.

Rohit Sharma also plays a loose shot outside the off-stump but is beaten before he defends the last ball.

In the next over, Rohit breaks the shackles as he heaves Dananjaya over midwicket for a four. Two balls later, he hits it straight down the ground for a six followed by two singles to get 13 from the over.

Chameera makes the breakthrough with the wicket of Rahul, who is given out leg before wicket for four. He reviews the decision but the ball is clipping the stumps and the umpire's decision stays. That was a poor shot from the opener, who tries a cross batted heave on the leg side.

Shreyas Iyer off to a confident start as he flicks a full delivery from Chameera through midwicket for a four. He is beaten off the last ball as he goes hard after a wide one but is done in by the bounce.