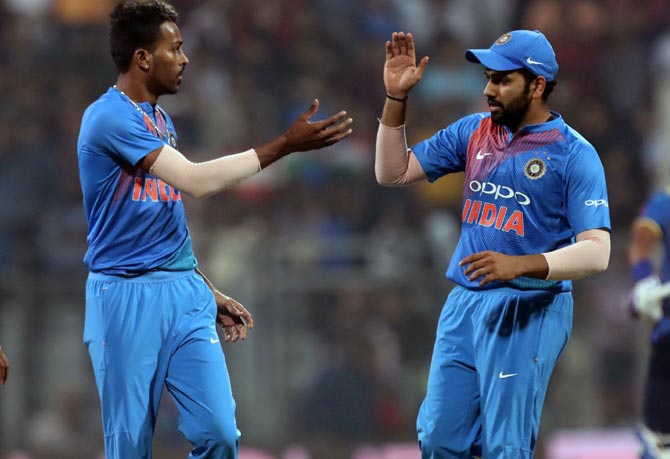 Siraj, who went for runs in his first over, comes back. He drops it short and also offers some width as Thisara Perera slams it past point for a four.

Two balls later, the Sri Lanka skipper smashes it straight down the ground for a four as non-striker Gunaratne does well to get out of the way.

Siraj tries the bouncer as Perera plays the pull shot but fails to make proper connection for two runs to deep square leg.

However, Siraj gets revenge as he strikes with the wicket of Perera, who chips a slower ball straight to the fielder at midwicket to fall for 11.