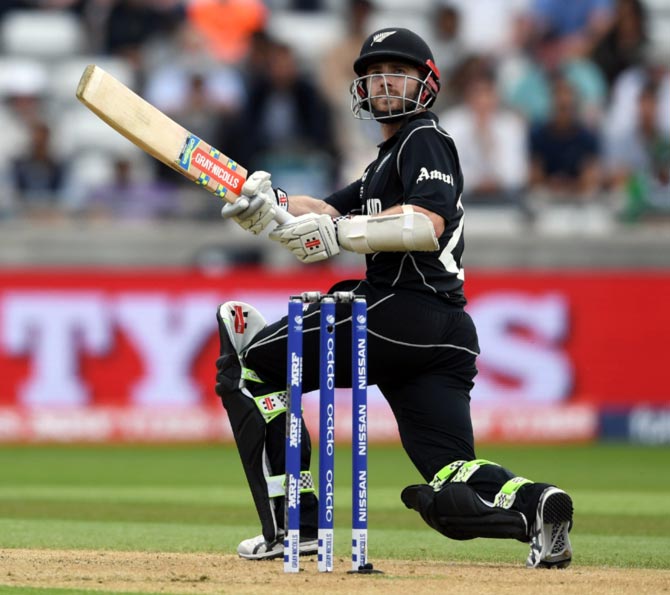 New Zealand finally get their first boundary, in the seventh over, off the 33rd ball of the innings as Guptill drives a full delivery from Ball down the ground past mid-on for a four.

He slashes the fifth ball through the covers for another four before Ball beats him all ends up with the outswinger, nearly producing the delivery which accounted for Ronchi's wicket.

That has broken the shackles for the Kiwis as Williamson flicks Woods over midwicket for his first boundary and then takes two runs off the last ball through the off-side.

After a good start, Ball has started to leak runs. Guptill and Williamson hit the pacer for a boundary each to get nine from the over.

Ball has conceded four boundaries in his last two overs, after starting off with two maiden overs in succession.

Wood concedes just a single in the next over as New Zealand reach 40 for one in 10 overs, with Guptill on 19 from 22 balls and Williamson on 18 from 37 balls.