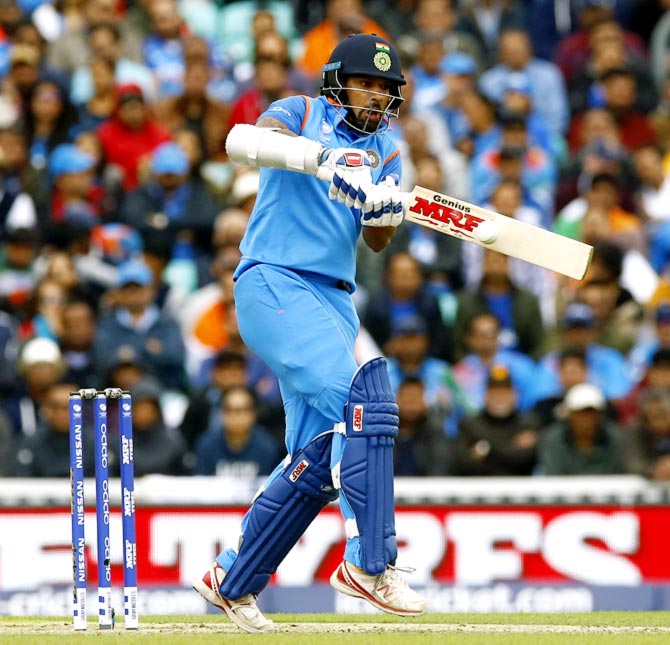 Gunaratne bowls another good over, conceding just three singles. Dhoni looks keen to be positive out in the middle as he slaps Gunathilaka fine on the leg side for a four.

Gunaratne has done a good job with the ball, bowling slow medium pacers from round the wicket and not giving the batsmen anything to work with.

Dhoni struggling to pick Gunaratne as he plays two dot balls in a row before he tries but misses and then gets a single from the fourth ball.

The part-time bowler has done a good job so far, giving away just seven runs from three overs.

Three singles from the over takes India past the 200-run mark in the 38th over with Dhawan taking his score into the 90s.

Lakmal comes back as Dhoni picks a single before Dhawan plays a nice drive through the covers for four. He then chips down the track and swings the pacer behind square on the leg side for a four.

Pradeep comes back as Gunaratne is taken off despite bowling a superb first spell in which he did well to squeeze the flow of runs and also picked up a wicket.

He drops short as Dhoni pulls it over midwicket for a four and then takes a single.

Dhawan then makes room and steers Pradeep past point for a four to bring up his century in some style, from 112 balls.

The stage is perfectly set for India to take charge in the last 10 overs as they reach 218 for three in 40 overs.

Dhawan completed a well deserved century, stroking 102 from 113 balls, while Dhoni has looked good to score 22 from 25 balls.