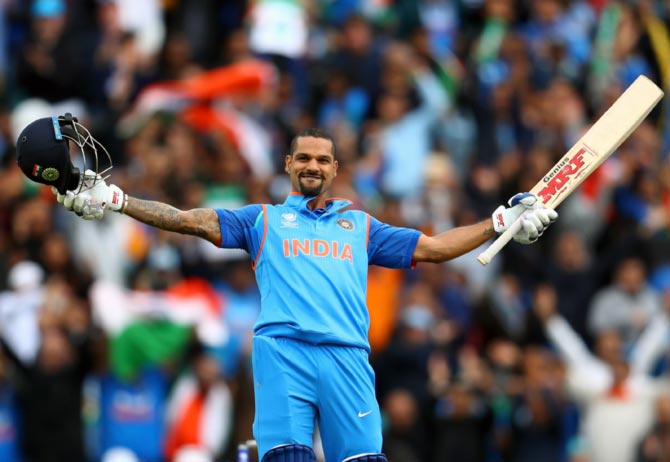 The experienced Perera comes back, to bowl the 48th over. Dhoni lets the first ball, which is outside the off-stump, go through to the keeper and then fails to make proper connection with the next ball.

He smashes the next ball powerfully but gets just a single to long-off to race to his half-century from 46 balls and immediately calls for a new bat.

Superb bowling by Perera as he bowls another dot ball to Jadhav, as just a single come from the first four balls.

The fifth ball is a wide yorker and Jadhav digs it out to point for one.

Perera misses the length with the last ball and gifts Dhoni a full toss which he despatches over midwicket for a six.

Jadhav sensibly takes a single off the first ball of the next over by Malinga to bring Dhoni back on strike.

Malinga bowls another slower ball as Dhoni clips it square for two runs to bring up India's 300, in the 49th over.

After two singles from the next three balls, Sri Lanka err again with the last ball. Malinga bowls a short wide delivery which Dhoni crashes through the covers for a four.

Perera to bowl the final over. Jadhav takes a single off the first ball before Perera strikes with the key wicket of Dhoni, who is caught at long-off after a good innings of 63 from 52 balls, having hit seven fours and two sixes.

Jadhav walks across his stumps a long way before he sweeps Perera over the square leg fence for a six.

He tries a similar shot but the yorker beats him for a dot ball but he swings the next ball, which is a full toss, through midwicket for a four.

The last ball is a slower bouncer and Jadhav manages to pull it behind square on the leg side for a four.