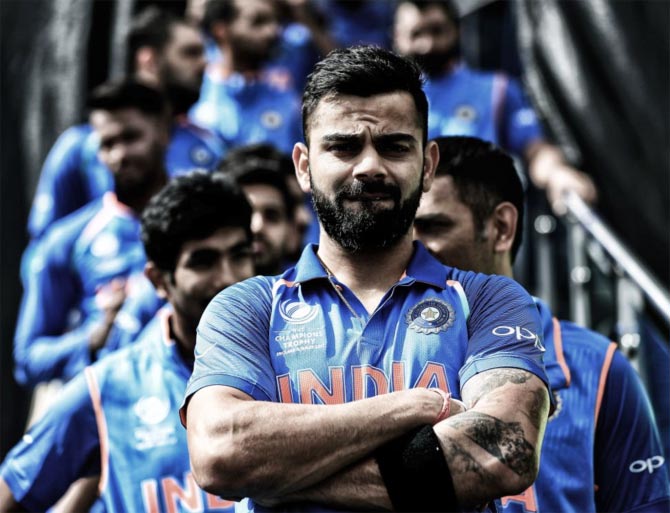 Welcome the coverage of the 8th match of the ICC Champions Trophy between India and Sri Lanka at the Oval in London, on Thursday.

Having demolished Pakistan by 124 runs, India will start as overwhelming favourites against Sri Lanka, who looked in total disarray during their 96-run defeat at the hands of South Africa.

The only worry is the weatner in Central London, with forecasts of around 40 percent chance of rain.

India captain Virat Kohli has asked his team to tighten up their fielding and be "ruthless" when they face Sri Lanka.

"Sometimes, starting with the tournament, creating momentum as a team, you can misfield, you can get overexcited," Kohli said on Wednesday.

"There can be lapses as well, especially when the team is seven or eight down and you know that the game is going to end soon. We have addressed the guys and have asked them to be ruthless and finish games off."