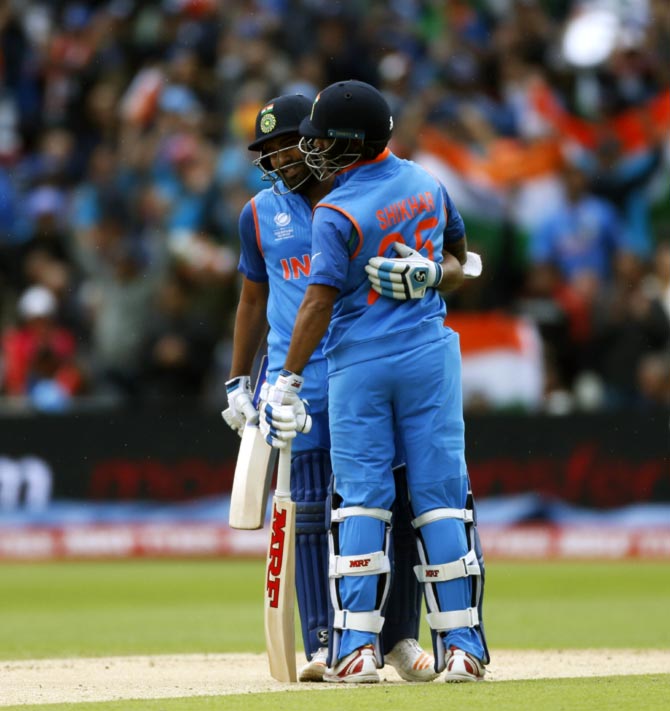 Gunathilaka has a huge appeal for LBW rejected against Dhawan, who goes for the sweep but fails to make connection.

Rohit sweeps the next ball fine as Malinga makes a valiant diving effort on the ropes at fine leg but is unable to stop the boundary.

At the first drinks break, India have cruised along to 86 for no loss in 17 overs.

Medium pacer Perera, who bowled just one over in his first spell, comes back. He has a huge appeal for LBW turned down against Rohit, who then takes apart the medium pacer in his next over.

A short ball is pulled over square leg where the fielder Asila Gunaratne manages to judge the ball as he takes the catch but ends up deflecting the ball over the fence to give away a six.

That brings up Rohit's second successive half-century from 58 balls while India also cross the 100-run mark.

Two balls later, Perera again drops short as Rohit pulls it confidently over square leg for a six to get 13 from the over.