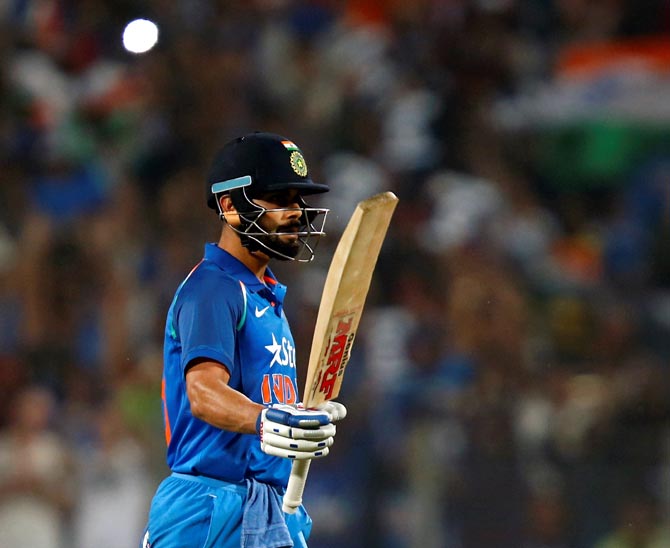 India 223-3 (43 ovs) vs Sri Lanka 238 (49.4 ovs) | Scorecard
Dananjaya replaces Malinga and Jadhav welcones him with a four straight over the bowler's head.
Kohli gets to 100 number 30 with a single to point. His fourth century this year.
He has equalled Tendulkar's record of most tons against the Lankans -- 8 centuries.
Siriwardana comes into the attack. Kohli gets a single two balls after a wide is bowled and he is now stuck on 99 going into the next over as Jadhav takes a single off the last ball of the over.
Malinga continues and Jadhav takes a single off the 2nd ball to get to his half-century.
« Back to LIVE