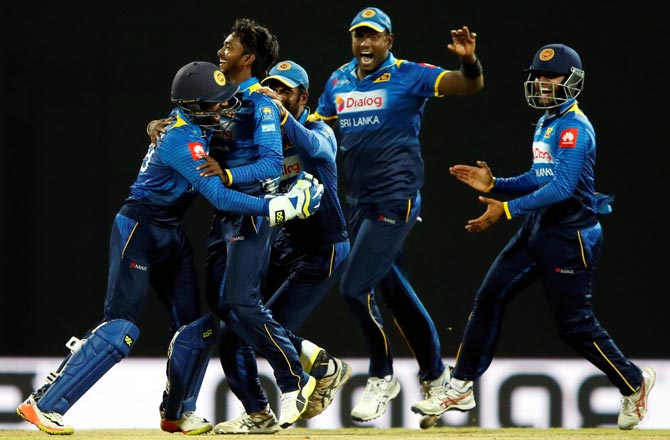 It's the 5th and final match of the ODI series and Sri Lanka have finally won the toss. Captain Upul Tharanga calls rightly and chooses to bat first.
India have made four changes to the playing XI while Sri Lanka have made just one change with Tharanga coming in for Kusal Mendis.
Rahane, Chahal, Bhuvneshwar Kumar and Kedar Jadhav find their way back into the Indian fold for this last ODI as India eye a series sweep.
The visitors whitewashed Sri Lanka 3-0 in the Test series, and given their dominant run on this trip, would like to complete a double by sweeping the ODI series as well.
Sri Lanka are in danger of losing a second successive ODI series to India by a 5-0 margin. The last time these two sides played a bilateral series in November 2014, a depleted Lankan side lost 5-0 in India.
Their fortunes haven't changed much since and another loss would be a serious body blow for the hosts in what has been a traumatic summer of cricket. They have already foregone the opportunity to automatically qualify for the 2019 ODI World Cup by failing to win two matches in this series.
India (Playing XI): Rohit Sharma, Ajinkya Rahane, Virat Kohli(c), Manish Pandey, Kedar Jadhav, MS Dhoni(w), Bhuvneshwar Kumar, Kuldeep Yadav, Jasprit Bumrah, Yuzvendra Chahal, Shardul Thakur
Sri Lanka (Playing XI): Niroshan Dickwella(w), Upul Tharanga(c), Dilshan Munaweera, Lahiru Thirimanne, Angelo Mathews, Milinda Siriwardana, Wanidu Hasaranga, Akila Dananjaya, Malinda Pushpakumara, Vishwa Fernando, Lasith Malinga
« Back to LIVE