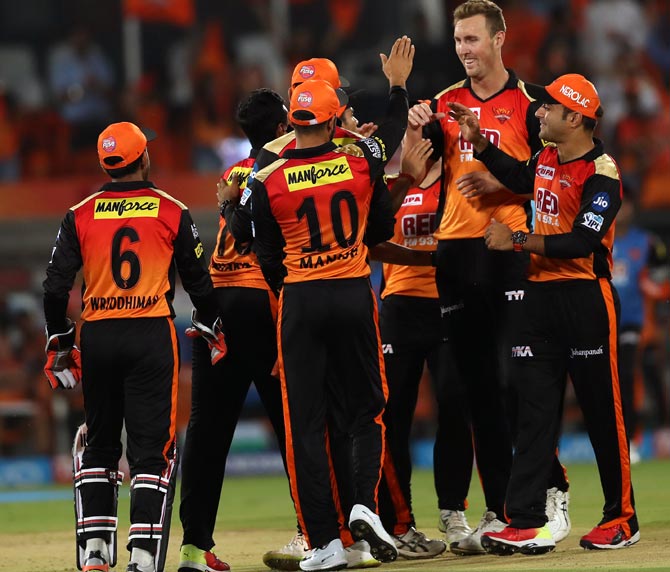 Ben Cutting to bowl the final over. The first ball is a full toss which Hooda slams over the covers for a six. The next ball is a wide before Hooda is beaten by one which goes across him.

Hooda slaps the third ball straight down the ground for a single to bring lastman Billy Stanlake on strike.

Stanlake does well to tap the ball on the leg side for a quick single to bring Hooda back on strike.

Hooda pulls the fifth ball but gets it off the gloves as Bumrah dives forward at short fine leg but is unable to take the catch.

Sunrisers get a single which level scores, leaving the hosts with one run for victory from the last ball.

The last ball is on length and Stanlake manages to loft it over the midwicket region for a four to give Sunrisers a thrilling one-wicket victory.