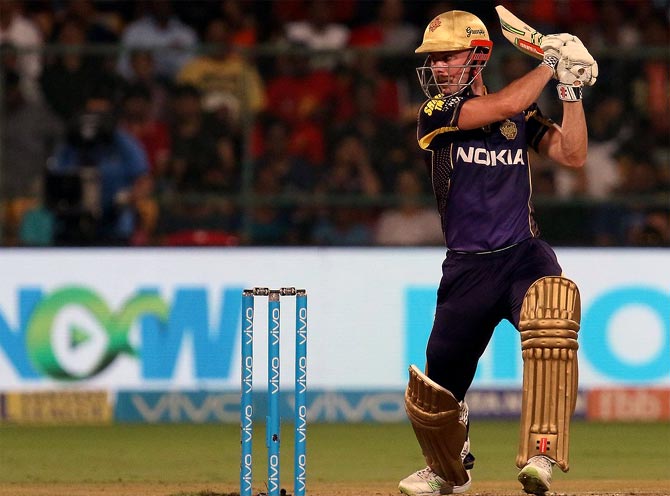 Siraj to bowl the penultimate over. Karthik lofts the first ball over the off-side but hasn't timed it too well for a couple of runs.

The next ball is pitched right up as Karthik smashes it straight down the ground for a six.

Karthik to end this in a hurry as he pulls a short ball to deep midwicket for two runs as he races to 23 from eight balls.

Karthik then tries the reverse sweep but fails to make connection. He lofts the next back over the bowler's head but Kohli takes a stunning catch diving forward to send back his opposite number.

Karthik walks back after a cracking innings of 23 from 10 balls, leaving KKR to get five from seven balls for victory.

Shubman Gill takes a single from the last ball to leave KKR to get four form the last over for victory.

He square cuts the first ball of the final over bowled by Umesh for a boundary through point to take KKR to victory.