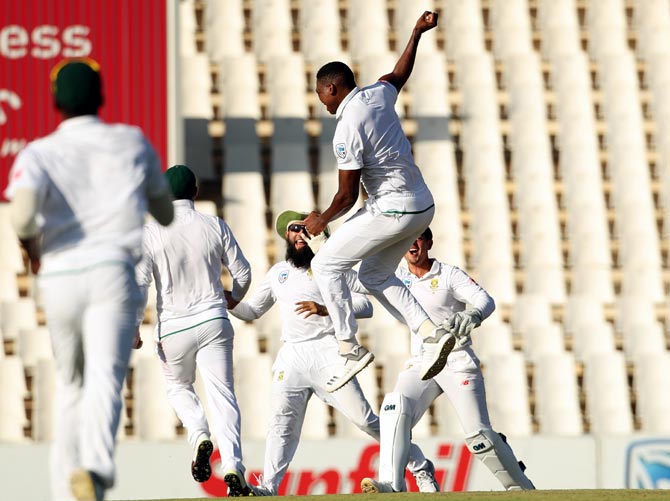 Pujara is run out for the second time in the match!

This is a needless risk taken by Pujara as he goes for a risky third run but the flat throw from the thirdman boundary is right next to the stumps and wicketkeeper Quinton de Kock whips off the bails with Pujara struggling to make the crease.

It was debutant Lungi Ngidi, who dived to stop the ball from going over the ropes and AB de Villiers sent in a quick flat throw from the boundary right next to the stumps as Pujara falls short despite the dive.

India not helping their cause by giving away a wicket to run out as they slip to 49 for four, still needing another 238 runs for victory.

The third umpire takes a long time to judge on the run out call but eventually rules it out.

Parthiv picks another single on the off-side before Rohit gets one which kicks off from length and he does well to keep it down.

Double Olympic medallist P V Sindhu stayed on course for an elusive gold medal, while Laskhya Sen entered his maiden final at the Commonwealth Games in Birmingham on Sunday.