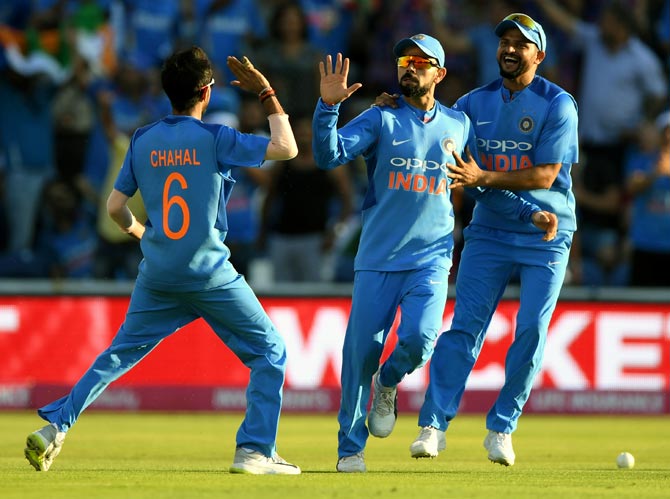 England 129-5 (18 ovs) vs India 148-5 | Scorecard
Bairstow lifts England's hopes as he sweeps Kuldeep for a six over the square leg region.
He repeats the shot off the next ball for another six before taking one as England look to attack the spinner and bring the asking rate under control.
Three more singles as Kuldeep goes for 16 in his final over as he goes wicketless to finish with 34 runs from his four overs.
England in control after that huge over as they now require 23 from three overs for victory.
Bhuvneshwar comes back and he strikes with the key wicket of Bairstow, who is caught at fine leg after a quickfire 28 from 18 balls.
David Willey gets off the mark with a single before Hales tries to pull a short ball but misses.
Hales then takes a single to thirdman before Willey misses a full delivery on the pads.
Another yorker on the pads as Willey can only manage a leg bye. An excellent over from Bhuvi as he gives away just three runs, to leave the equation at 20 needed from two overs for victory.
« Back to LIVE