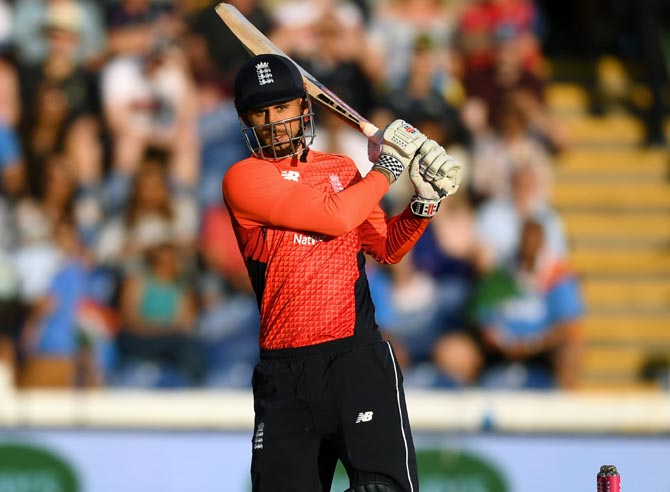 England 110-4 (16 ovs) vs India 148-5 | Scorecard
Kuldeep comes back as Bairstow takes a single off the second ball to bring up England's 100, in the 15th over.
Three more singles as Kuldeep gives away just four runs in his third over.
Pandya continues as Hales picks a single before Bairstow pulls a short ball for two runs and repeats the shot two balls later for another couple.
He gets two more runs off the final delivery to pick seven from the over.
England are 110 for four in 16 overs, needing another 39 runs from four overs for victory.
« Back to LIVE