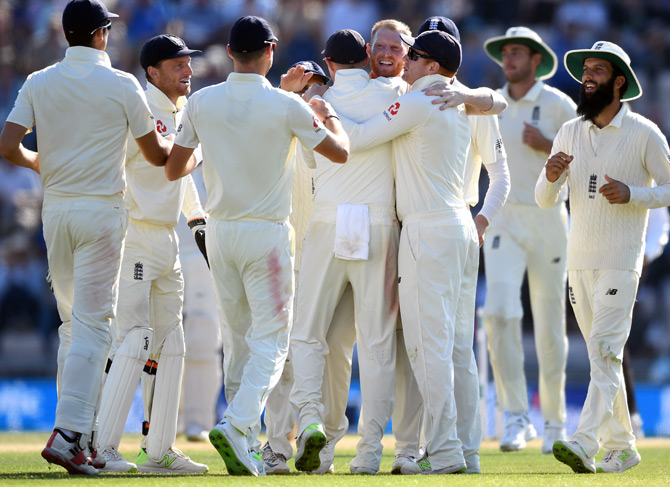 Chasing 245 for victory, India were bowled out for 184 in their second innings.

Captain Virat Kohli top scored with 58, putting on 101 runs for the fourth wicket with his deputy Ajinkya Rahane, who made 51, to rally the visitors after they were reduced to 22 for three.

But Kohli's dismissal at the stroke of tea saw India lose their way as wickets kept falling regularly in the post tea-session.
Off-spinner Moeen picked up four for 71 to finish with nine wickets in the match.
Earlier, India wrapped up England's second innings for the addition of only 11 runs to bowl them out for 271.
« Back to LIVE

The quota winners at the 2023 World Championship will not be eligible to participate in the continental qualifiers unless they participate in a different style.

Rahul made 51 not out and Yadav, the world's second-ranked Twenty20 batsman, remained unbeaten on 50 off 33 balls as India romped home with 20 balls to spare.

Amid Rajasthan crisis Gehlot in Delhi to meet Sonia, says issues will be resolved soon

Rajasthan Chief Minister Ashok Gehlot will meet the Congress high command in New Delhi on Wednesday amid suspense over whether he will file nomination for the post of party president, sources in Jaipur said.

IMAGES from the opening T20I played between India and South Africa in Thiruvananthapuram on Wednesday.

India captain Rohit Sharma is happy that his team got to 'learn a lot' in their eight-wicket victory over South Africa in a low-scoring chase on a tricky pitch in the first T20 International.