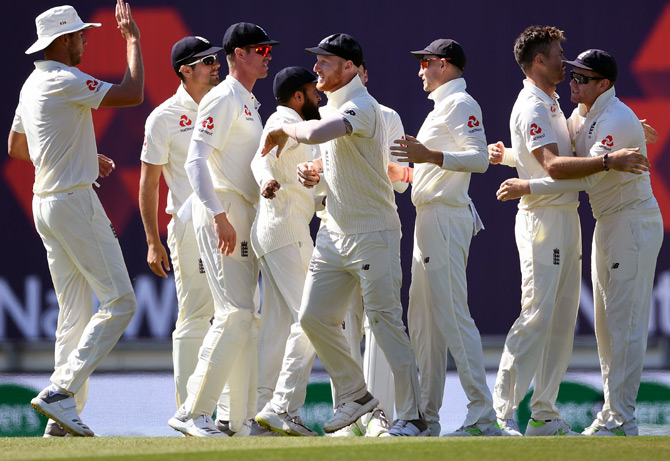 India 46-3 (20 ovs); Target to win: 245 | Scorecard
Pacers James Anderson and Stuart Broad struck early to put England on top after India were set 245 for victory on Day 4 of the fourth Test.
Virat Kohli survived a close shout for LBW before he made it to lunch on 10, while his deputy Ajinkya Rahane was unbeaten on 13. They need another 199 runs for victory, to level the series at 2-2.
India's run chase got off to a horror start when KL Rahul was bowled for a duck by Broad with one that kept low.
Cheteshwar Pujara was trapped leg before wicket by Anderson, who then got Shikhar Dhawan caught in the gully for 17.
Earlier, England were bowled out for 271 in their second innings with Mohammed Shami dismissing Stuart Broad for a duck before Sam Curran was run out for 46.
« Back to LIVE