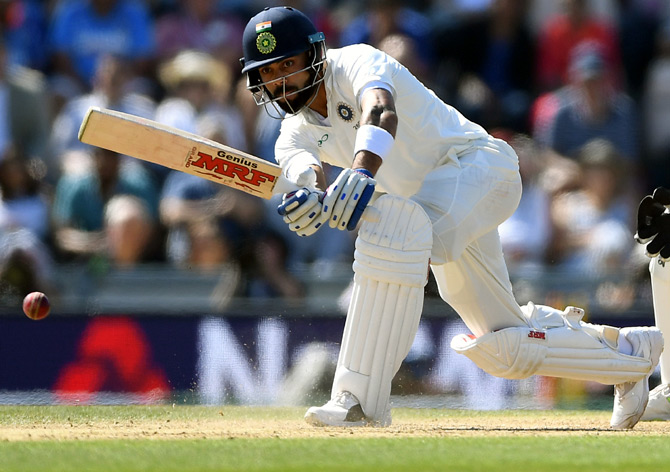 India 53-3 (23 ovs); Target to win: 245 | Scorecard
Off-spinner Moeen Ali to kick off proceedings after the lunch interval. He starts with three dot balls to Ajinkya Rahane before he takes a single off the fourth ball and Virat Kohli defends the last two deliveries.
Stuart Broad into the attack from the other end. Rahane very solid with his defence as he looks to get his eye in before he steers the fifth ball for a single past gully and Kohli steals a quick single to mid-off from the last ball.
In the next over, Moeen bowls an overpitched delivery which also drifts wide for a four behind point to bring up India's 50, in the 23rd over.
India are 53 for three in 23 overs, needing another 192 runs for victory, with both Kohli and Rahane on 15.
That boundary also took Kohli past the 500-run mark for the series, with one Test still to come.
« Back to LIVE