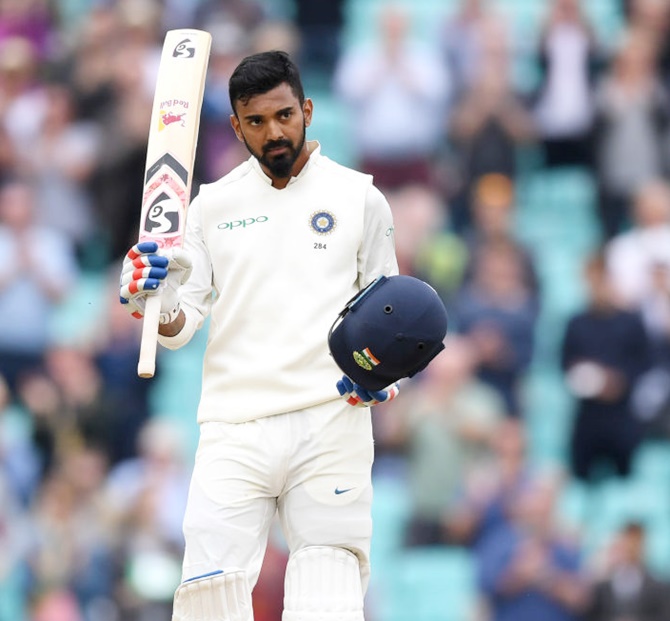 India 167-5 (45 ovs); Target to win: 464 | Scorecard
KL Rahul strokes his way to an unbeaten century to keep India afloat on Day 5 of the fifth and final Test against England at Oval on Tuesday.
Rahul slammed 108 from 126 balls, laced with 17 fours and a six, to take India to 167 for five after they were set a huge 464 for victory.
Rishabh Pant was unbeaten on 12 at the lunch interval.
India lost two wickets in the morning session with Ajinkya Rahane caught on the leg side off Moeen Ali for 37, while debutant Hanuma Vihari was caught behind off Ben Stokes for a duck.
India need another 297 runs for victory in the last two sessions, which is highly unlikely but they would be hoping that Rahul can bat out another session and keep their hopes of forcing a draw.
« Back to LIVE