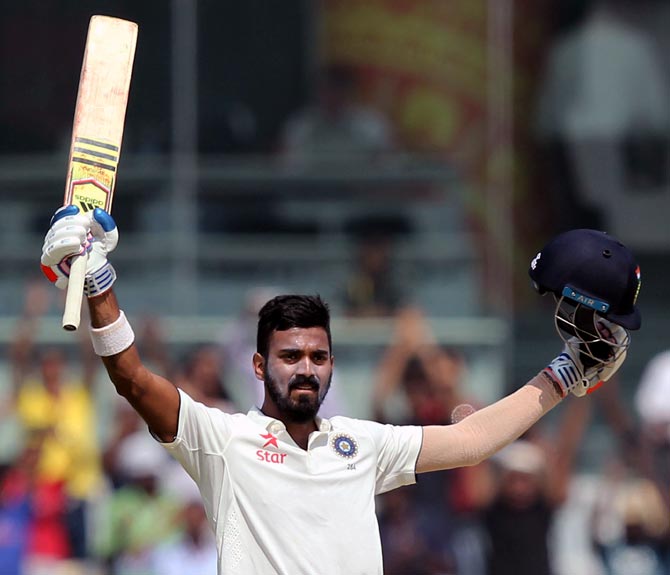 India 152-5 (41 ovs); Target to win: 464 | Scorecard
Rahul is again hit on the pads as he attempts the sweep but umpire Dharmasena turns down the leg before appeal before he takes a single to get off strike.
Rishabh Pant is beaten by Moeen, who gets the ball to turn past the left-hander's outside edge. But the next ball as he pulls it through square leg for a boundary to get off the mark.
Stokes tries a short ball at Rahul which ducks under it and defends the next on the leg side before taking a single off the last ball.
In the next over, Rahul reverse sweeps Moeen for a boundary to take his score into the 80s. He then hits the conventional sweep off the next ball for another four through square leg before again playing the reverse but this time just for a single to deep point.
Rahul continues his attack mode as he makes room and clobbers a short ball over the covers for a six as he races into the 90s.
Stokes tries another short ball as Rahul swats it to fine leg for another four and completes his century with another boundary off the last ball, from just 118 balls.
« Back to LIVE