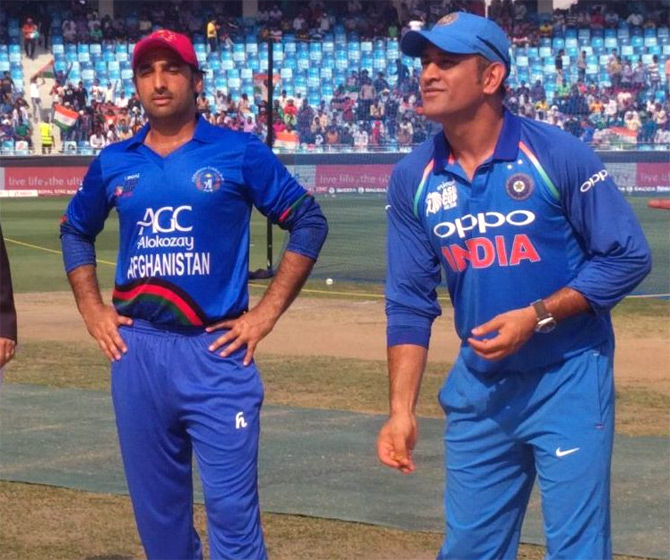 Afghanistan captain Asghar Afghan has won the toss and elected to bat against India in the inconsequential Super Four match in the Asia Cup in Dubai on Tuesday.
Mahendra Singh Dhoni has been named as India's captain with regular skipper Rohit Sharma given a rest. This is Dhoni's 200th ODI as captain.
The in-form Shikhar Dhawan has also been given a break along with pacers Bhuvneshwar Kumar and Jasprit Bumrah as India look to give all their players a game ahead of the final.
Pacer Deepak Chahar will make his ODI debut, while KL Rahul, Manish Pandey, Siddharth Kaul and Khaleel Ahmed also come into the playing XI.