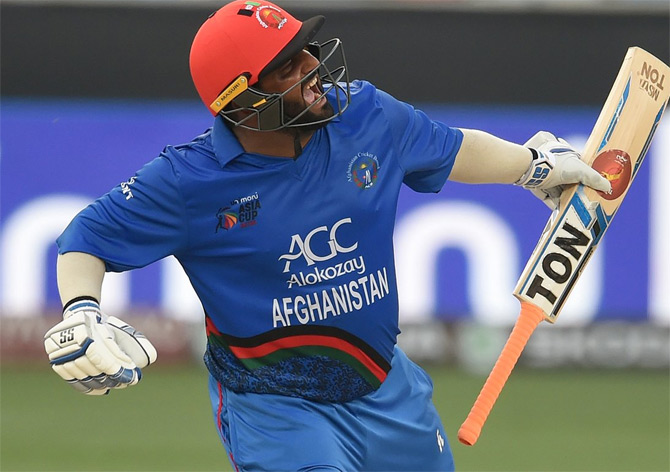 Afg 252-8 (50 ovs) vs India | Scorecard
Mohammad Shahzad slammed an entertaining century to lift Afghanistan to 252 for eight against India in the Super Four match in the Asia Cup on Tuesday.

Shahzad, who was dropped on 49, blasted 124 from 116 balls, having hit 11 fours and seven sixes to keep Afghanistan afloat after they were reduced to 82 for four at one stage.

Mohammad Nabi provided the final flourish with a quickfire 64 from 56 balls, with the help of three fours and four sixes.

For India, the spinners excelled with the ball as Kuldeep Yadav registered wonderful figures of two for 38, while Ravindra Jadeja claimed three for 46.

Earlier, Afghanistan won the toss and opted to bat against India, who were captained by Mahendra Singh Dhoni, after regular skipper Rohit Sharma was given a rest.

This is Dhoni's 200th ODI as captain.

The in-form Shikhar Dhawan was also given a break along with Yuzvendra Chahal, Bhuvneshwar Kumar and Jasprit Bumrah as India gave all their players a game ahead of the final.